Proposition 215 was approved by California voters back in 1996. Under the Compassionate Use Act patients and caregivers who possess or cultivate medical marijuana in Los Angeles and elsewhere throughout California that has been recommended by a physician are exempt from criminal laws.

Back in 2003, the state legislature enacted Senate Bill 420. The Medical Marijuana Program Act was aimed at clarifying the application of Proposition 215. It expanded immunity from prosecution to doctor-recommended patients and their caregivers who transport marijuana and it required California counties to establish an identification card program for all users. Furthermore, it recognized the right of collective and cooperative cultivation of medical marijuana. 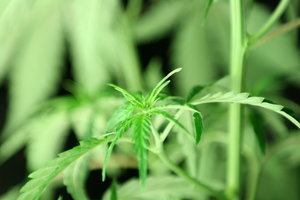 This is the first part of a two-part blog that looks around at the state at various counties and their individual regulations on the medical marijuana industry.

Del Mar is one of a number of cities in the region that has restricted medical marijuana dispensaries. Instead of a ban, the city looks to create strict zones for their dispensaries to determine a property’s allowable uses, according to City Attorney Leslie Devaney. The city’s only medical marijuana dispensary was recently shut down after receiving orders from a superior court judge. The manager of that dispensary, Patrick Kennedy, proudly states that it is his right to operate under state law.

According to City Clerk Linda Hascup, the city’s municipal code does not currently list a medical marijuana dispensary as an approved use. There is no current action being considered or action that is pending that would add that type of use in the jurisdiction, according to SignOn San Diego.

El Cajon also has a zoning reflations where distributing medicinal marijuana is prohibited within commercial areas. Councilman Bill Wells recently expressed his disappointment with the county’s decision to provide a permit to a 15,200-square-foot dispensary located right outside of the city limits near Gillespie Field.

“It’s against federal law and California is thumbing its nose,” Wells said.

“Those uses and structures as provided in the various zone regulations herein shall be permitted, all others shall be prohibited,” City Clerk Mary Kennedy said about the city’s zoning ordinance.

Throughout 2011, a handful of people have applied for a business license to open and operate as a collective in La Mesa. Property owners remain subject to civil or criminal charges if they violate the current zoning rules.

Since medical marijuana dispensaries are not listed as an allowable use within the city’s zoning code, they are not allowed.

“As such, we do not have any ordinance or policies that regulate medical marijuana dispensaries,” says the Planning and Building Director, Patrick Murphy .

Back in August of 2009, the Escondido City Council voted against medical marijuana dispensaries and banned them entirely in the area. Officials continue to stress that marijuana remains an illegal controlled substance under federal law. They have also created rules that state medical marijuana dispensaries don’t qualify as primary caregivers under the health and safety code. Violators can face a number of charges and steep fines.