Our Los Angeles cannabis business lawyers have been on the forefront of the legal marijuana movement from the start. This began with helping medical marijuana patients, doctors, collectives, cooperatives, cultivators, landlords and employees navigate the confusing patchwork of laws that one might reasonably expect from being the very first state to venture into this legal territory while the drug remained against federal law. 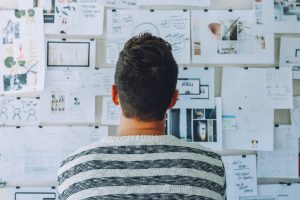 One might have thought the process would become simpler in the two decades since California led the charge on legalization of medical marijuana (in 33 states now), particularly now that 10 allow it for recreational use. But for as long as pot remains prohibited under the U.S. Controlled Substances Act, ensuring compliance while still making a profit continues to be something of a puzzle.

Now, with recreational legalization on the table, many of the old rules are out (collectives at this point are now illegal) and a maze of new laws and regulations are in – with widespread variation from county-to-county, city-to-city. Because the reality is unless and until federal law aligns with state laws, the rights of California cannabis entrepreneurs, investors, patients and innovators will be at-risk.

Federal Pot Raids No Longer The Norm, But Uncertainty Persists

Prior to the passage of Prop. 64, which legalized marijuana as recreation, California pot shops from Los Angeles to San Francisco were constantly at risk of federal raids for violation of federal drug trafficking and money laundering charges. As our L.A. marijuana business attorneys know, this was despite the fact they were largely complying with state law. Raids were especially common in the Humbolt County area, also known as the Emerald Triangle, which was land on which much of the state’s homegrown marijuana was derived. Often, it all stemmed from disputes with local authorities, initiating a crackdown at the behest of local residents and violations of local rules.
In many cases, the law was applied inequitably, by race, class and nationality. Those who had actual shops or properties where the plant was sold or distributed not only lost their freedom but their assets and investments. Yet one could find examples in other cases of local police providing security while federal authorities largely looked the other way. Raids carried on well after legalization.

An uneasy truce came in the form of the Cole Memorandum in 2013, wherein the Obama administration agreed to ease their tactics so long as cannabis distributors were complying with state laws. It’s a delicate compromise.

Now that California voters have legalized marijuana for adult recreational use, here again there is an understanding that federal authorities will “look the other way” while states and cities implement their own standards.

State legalized something that was in violation of federal law and businesses in turn took off with it. The end result is, frankly a mess. Unless and until the drug becomes legal under federal law, it will likely remain a mess – in terms of criminal code, regulation, trade, interstate and international relations and more – and it’s the California cannabis businesses that pay the biggest expense – both in terms of a possible resurgence of a federal crackdown as well as in a million other more subtle ways.

Banks can’t do business with them. Doctors and pharmacists can’t facilitate securing marijuana for patients when they’re overseen by federal agencies. Landlords, federal motor carriers and other fear they will lose their right to liability insurance.

It does seem public opinion is reaching a peak point to the extent it may only be a matter of time before public opinion swells to the level that will become impossible for Congressional leaders NOT to take action on this and change the law.

In the meantime, you’ll need an experienced cannabis lawyer to help you navigate.