Although the Los Angeles city council voted unanimously to ban medical marijuana dispensaries within city limits, two of those members have come out as decidedly pro-pot, with one even confessing that he uses it himself for a painful nerve disorder. 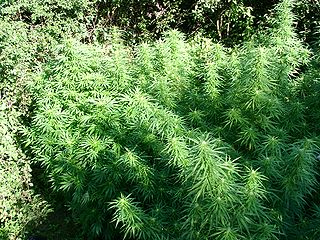 Our Los Angeles marijuana lawyers wish that these two had come out more strongly opposed to the ban before it passed, though even those two votes would not have been enough to halt the measure.

The Los Angeles Times is now reporting that pro-marijuana advocates are exploring every avenue they can in an effort to get the ban overturned. One way they are doing this is by providing re-election campaign contributions to these two incumbents – Councilman Bill Rosendahl and Councilman Paul Koretz. Additionally, several marijuana collectives are contemplating whether to throw a fundraising event in the coming months for Council President Herb Wesson, as well as determine which candidate they will back for mayor.

Both Rosendahl and Koretz, who are facing re-election next spring, have said they are concerned about the sheer number of dispensaries in the city, though they don’t wholeheartedly agree with the ban. Still, they voted for it. Koretz later told reporters that he did it as a “procedural courtesy” to his fellow council colleagues. This statement is particularly disturbing when you consider that his alliance should be to his constituency – not his fellow council members.

Still, both say they want to see marijuana dispensaries in operation throughout the city, and that has fueled sizable campaign contributions for both by pro-marijuana advocates.

Over the last year, dispensaries and supporters of dispensaries have contributed more than $16,000 to the campaigns of the two.

Rosendahl reportedly got nearly $9,000 from marijuana advocacy groups, which amounted to about 10 percent of his overall campaign fund last year. Though he has long supported legalized marijuana – in fact, he believes it should be legalized at the federal level – he still voted in favor of the ban. He did not say way. However, he did say that he suffers from a nerve disorder that causes his feet to feel as if they are on fire. He contends that medical marijuana is the only thing that eases the pain.

What’s more, the openly-gay Rosendahl revealed that his first partner, owner of a local bakery, battled AIDS in the early 1990s. He ultimately passed away in 1995, but Rosendahl said that medical marijuana gave him the strength to hold on as long as he did.

These efforts aren’t likely to be the last we’ll see of advocates getting politically involved. In fact, it was political advocacy that fueled the passage of Proposition 19 back in 1996, which legalized marijuana for medicinal purposes in the state of California.

A few months ago, dispensaries struck deals to allow their employees to unionize in a large union that has a good deal of political clout in L.A. Plus, many are also teaming up with billboard companies, real estate developers and other special interest groups in an effort to hammer out fundraising efforts for certain candidates.