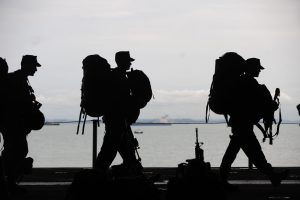 Now, Congressional leaders have filed twin bills in the House and Senate to change federal law that would allow U.S. veterans who abide by state medical marijuana laws to avoid federal intervention and would allow doctors with the Department of Veterans Affairs to issue medical marijuana recommendations to their patients. The Veterans Medical Marijuana Safe Harbor Act, sponsored by U.S. Senate Democrats from California and Hawaii, notes that the drug is legal in 33 states and that medical marijuana can be used to treat chronic pain without the use of dangerous and highly addictive opiates. The sponsor of the House version of the bill said in a statement, “it’s past time to end the anti-science, anti-health cannabis prohibition laws that prevent veterans from accessing health care.”

Our Los Angeles medical marijuana lawyers also believe that veterans and their doctors should be allowed to make health care decisions that are informed – without political interference.

This legislation, if passed, would also require the VA to initiate a study of the impact of medical marijuana on veterans suffering from pain, and the relationship between treatment programs involving medical marijuana to treat the chronic pain of veterans in states where it’s legal, how many veterans have access to those programs The proposal would allocate $15 million to support this research.

These measures are virtually identical to the legislation proposed last year in the Senate, but this year, it adds protection for medical marijuana policies of Native American tribes as well as in states where the drug is legal.

Sponsors note that states like California that allow medical marijuana have nearly 25 percent fewer opiod overdoses compared to those states with tight restrictions that do not allow medical marijuana. The provisions in the law that would shield veteran patients and their physicians would sunset after a period of five years, after which it would require renewal.

As longtime Los Angeles medical marijuana attorneys, we know veterans have increasingly been turning to marijuana as medicine to treat some of the conditions most common among combat soldiers.

Republican-controlled House and Senate majorities in recent years have blocked legislation that would lift or at least loosen federal restrictions on marijuana, considered a Schedule I narcotic under the Controlled Substances Act. Increasing evidence indicates overwhelming support for medical marijuana at all ends of the political spectrum.