It’s been almost a year since the city of Oakland in northern California approved a measure that would allow four new medical marijuana dispensaries to open. 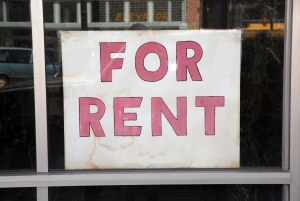 However, our Los Angeles marijuana lawyers understand that only one of those facilities is actually up and running. The other three have endured one delay after another – in large part due to the fact that they have been unable to find a landlord willing to rent them a place to operate.

Landlords who were renting to marijuana dispensaries in California prior to the federal announcement that they would begin pursing property forfeiture actions against such owners may have their hands tied because they are often bound by legal lease agreements. However, when it comes to drawing up a new lease with a marijuana dispensary, many landlords simply aren’t willing to take the risk.

Many of them see what has happened with the case of the landlord of Harborside Health Center, at one time the largest medical marijuana dispensary in the country. Federal authorities are seeking to seize the property, and the case is still pending.

We could see this be a major issue here in Los Angeles in the coming months, particularly if the city adopts one of two proposed ordinances that would further restrict zoning for storefront facilities. If the majority of dispensaries are forced to relocate, they may have an especially difficult time finding a new home.

Even those that are successful in finding lease space may be forced to pay for it. For example, the one new dispensary in Oakland that launched a successful opening last year had to fork over a $4 million bond – despite the fact that the property was only worth $2 million.

What we may see in the future is more dispensary owners purchasing their space outright. This way, the issue of a landlord will be moot.

But this could create problems in terms of accessibility. If zoning regulations restrict operations to certain areas, there may only be so much space available for purchase. Owners may be forced into the outskirts of communities to find affordable space that fits within the guidelines. This in turn might mean security could suffer as well.

Oakland is one of the few communities in the state that has granted permission for more medical marijuana facilities to open, even in the face of an ongoing federal crackdown. The four new dispensaries would have effectively doubled the number in the city.

However, still fresh in the minds of many landlords was a federal raid in April on properties belonging to Richard Lee, a prominent and respected dispensary owner, marijuana advocate and founder of Oaksterdam University, which offers courses in horticulture, cooking with cannabis, entrepreneurship and business management. Then just a few months later came the government’s forfeiture action against Harborside’s landlord.

Already in Oakland, regulations on medical marijuana dispensaries are stiff. They have to be a minimum of 600 feet away from any place that children congregate, which includes schools, parks and libraries, and they have to be a certain distance from other dispensaries as well. Additionally, they are barred from operating in areas zoned residential.

With hazy legal guidelines regarding what the federal government will permit and what they won’t, both landlords and dispensary owners should have their contracts and leases reviewed carefully by an experienced medical marijuana lawyer.