Shops that are operating unlawfully throughout Southern California are widespread, but making a black-and-white distinction has proved difficult. Many of the illicit marijuana shops in Los Angeles are selling the exact same kinds of goods that are offered through licensed retailers and farmers – but at a fraction of a cost. It’s a reality that, as The Orange County Register reports, even has some legal marijuana company owners selling black market wares on the side to make ends meet. These double-dipping players are part of the reason why black market weed in California is believed to be eight times the size of the legal market, though many of those involved say they have no choice when regulation and taxation have created a situation wherein they could not financially survive otherwise. 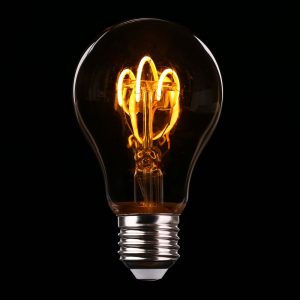 The stakes for illegal marijuana businesses in Los Angeles are high. As our L.A. marijuana business attorneys can explain, getting caught can mean loss of businesses, loss of assets (including homes, cars and bank savings), severe fines and even criminal penalties. Some have even designated so-called “go-to-jail-guys” to take the fall in the event they are caught.

City leaders say the only power they wield against the unlawful firms at this point is to make it so that black market sales isn’t worth the profit. Local government only has limited means to make that happen, but the Los Angeles Daily News reports the city has vowed to start with their power sources.

The city announced it would be cracking down on hundreds of illegal marijuana businesses in Los Angeles City by authorizing the Department of Water and Power to shut off the utilities at dispensaries, farm operations and other sites that are allegedly operating unlawfully. If you are own or manage one of the sites where utilities are shut off, it may be a good time to consult with an experienced Los Angeles marijuana business attorney.

The measure passed 12-0, with city leaders asserting that cutting off electricity and water to the shops should make it impossible to do business.

Last fall, the city police chief informed council members there were hundreds of unlicensed marijuana businesses believed to be running throughout the city. Although the city does allow commercial cannabis to be sold for recreational use, any Los Angeles marijuana business must have the proper licensing from both the city and the state to operate lawfully. Otherwise, they risk not only the sudden impact of this crackdown, but also potential legal action from the federal government, which has been increasingly vigilant in taking action against shops whose practices fail to align with state law.

L.A. marijuana business attorneys at The Cannabis Law Group know one of the driving forces for elected city council officials is the flood of complaints that neighbors make to city hall, asserting that unlicensed marijuana grow and retail operations are crime magnets that make a fair number of residents feel unsafe. Whether that is reality or just perception is unclear. What we do know is that the black market is undercutting the lawful stores that are required by strict state regulations to track, test and pay taxes on their products.

With regard to the utilities at these sites, the city required the utilities department to have written confirmation in hand from the LAPD or other city agency that unlawful commercial cannabis activity was going on there AND a green light confirmation from the Los Angeles Department of Cannabis Regulation that the business does not have a proper marijuana business license per ordinance.

One city council member requested that such actions be followed immediately by the city’s building and safety department to follow up at these locations to make sure the operators haven’t simply hauled a generator on site to keep going.