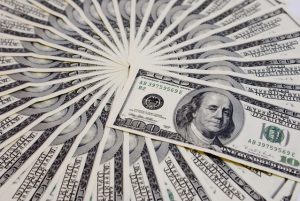 going to Canopy Growth. Canopy Growth, a Canadian company, was already considered one of the giants of the cannabis industry, and this investment will only further their global footprint, according to a report from Esquire. Meanwhile, Constellation is diversifying its portfolio, which currently consists of major alcohol brands, such as Modelo and Corona.

The relationship between Constellation and Canopy Growth is not a new one. Last year, Constellation made an investment in the company of $191 million to develop a drink infused with cannabis. Now, with Canada passing full legalization of marijuana, Constellation executives are getting on board one of most anticipated industries in the world in a more substantial way; they now hold a 38 percent stake in Canopy Growth. The most recent investment won’t just go to beverage research, but also into edibles, new medical marijuana advancements, and worldwide growth.Canada’s nationwide legalization of marijuana will be effective starting in October, but Canopy Growth has its eye on a much bigger prize. According to company representatives, there are about 30 countries they have identified as being on the verge of legalizing medical marijuana federally. They will be focusing a portion of the new investment specifically on these regions in anticipation for the wave of change that is certain to take over the globe, hoping to already be established in these locations when the countries flip. It begs the question of which came first, the investments or the move to legalize cannabis. Our marijuana attorneys in Orange County recognize that such investments are made possible by countries loosening their cannabis laws. We also know large-scale investments like this legitimize the marijuana industry, which helps to grease the wheels among government representatives who are considering marijuana legalization.

This could also mean good news for smaller marijuana businesses. After all, a great deal of trouble has come from Controlled Substances Act, 21 U.S.C. Section 812 and its Schedule I classification of cannabis. Corporations have traditionally used their impressive resources to sway people of power. If money can be made from marijuana, you can bet many businesses will be using their influence to remove the federal ban. Not only would this help the big businesses lobbying for change, but also the smaller operations who have been struggling under prohibition for too long, unable to use banks or buy insurance or export product to other states.

Some fear the day when the industry is overrun by major corporations. We’d all love a $4 billion investment, but the fact is most business owners in the marijuana economy are part of grassroots operations. Big corporations are able to dip into vast resources to establish new businesses and pay for massive fees and taxes associated with the cannabis industry. This has given those businesses an advantage so far in snapping up licenses and carrying the expensive burden of state and local regulations. As our attorneys know from experience, though, it’s not necessarily about bigger business — it’s about smarter business. Do you have questions about how your cannabis business can thrive in an ever-changing and expanding marketplace? Give our skilled lawyers a call to set up your free consultation today.