It’s about time. The Drug Enforcement Administration is moving to increase the amount of cannabis to be legally 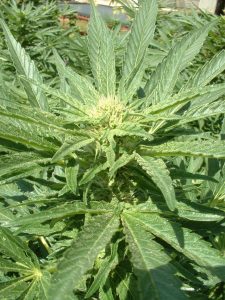 grown for research purposes in the U.S. and decrease the amount of opioid drugs produced under the group’s watch. You heard that right. The same organization whose leaders for years have been wringing their collective hands over marijuana, who said we simply did not know enough about its effects, who defended its Schedule I classification, might finally be waking up to smell the coffee the rest of the country has been happily sipping for some time now.

According to a report from Forbes, a new Federal Register filing shows the agency increasing allowance of cannabis plants to 5,400 pounds in 2019, more than five times the 1,000 pounds the department OK’d this year. Representatives of the department said the move was necessary to meet the demands of the medical and scientific communities for research purposes. Of course this demand is nothing new. Health care providers, laboratories, and medical schools have been desperate for proper research on cannabis for decades. California medical practitioners have been using limited studies, anecdotal evidence, and trial and error to treat patients since medical marijuana was legalized in the state in 1996 under Proposition 215.DEA and other federal officials have long been playing a game of Catch-22, hiding behind Controlled Substances Act, 21 U.S.C. Section 812, which places cannabis in the most restricted categories of drugs. Schedule I narcotics are labeled such because they are considered the most dangerous, the most addictive, and have no medicinal value. For comparison purposes, heroin also resides in this category. The risks these drugs pose make it extremely difficult to get approval for medical testing, particularly if the thesis is to demonstrate the effectiveness of the drug. Limited testing means little verifiable evidence to prove the effectiveness of the drugs in question, fortifying the stance that the drugs should remain banned. As our Riverside medical cannabis attorneys know, applying this logic to marijuana is preposterous. Cannabis has proven itself time and again to be a relief to patients with numerous medical conditions. Marijuana certainly is a desirable alternative, as well, to opioids, which kill more than 100 people every day in the U.S. — many of whom had a prescription.

It seems the DEA is finally waking up to this fact as well. Even Attorney General Jeff Sessions voiced support for cutting opioid quotas next year by 10 percent, citing the opioid epidemic as the worst drug crisis in American history. Sessions, infamous for his fervent anti-marijuana beliefs, is less apt to acknowledge how cannabis can play a role in fighting opioid addictions, though he will likely need to OK more facilities to handle the increased marijuana production. We all know how many patients have found pain relief from cannabis, with many choosing marijuana after they had become overly dependent on opioids, such as morphine, fentanyl, hydrocodone, and oxycodone. Our trusted legal team can only hope now that DEA is also pulling together this important piece of the cannabis puzzle and will soon release their grip they have on the throat of the marijuana industry in this country.