Dozens of farmers who grow and harvest medical marijuana are claiming they have been the victims of abusive law enforcement raids without justification. CBS Local reported on the claims being made by the farmers, as well as legal loopholes that are being used to conduct searches and raids without search warrants. 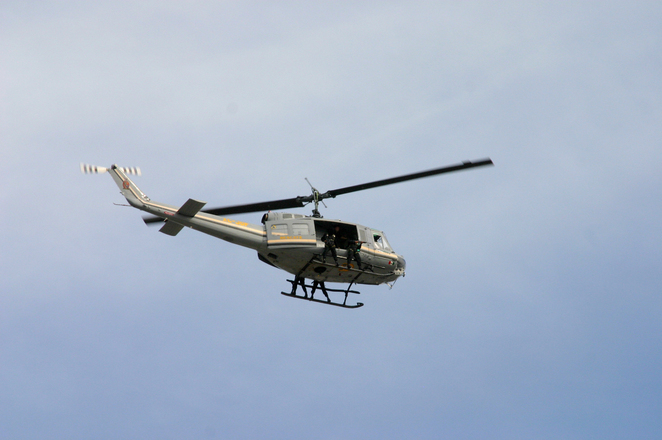 Medical Marijuana Farms Being Raided with No Search Warrants

Reports from medical marijuana farmers in Mendocino County, California indicate that “commando-style” raids are occurred. Armed law enforcement officers are being brought in via plane, dropping from the sky. The officers do not carry badges, are in unmarked helicopters, and provide no indication to the farmers that they are members of law enforcement. No paperwork is provided to the farmers, and no copies of search warrants are provided.

Investigators spoke with the Mendocino County Sheriff to ask how law enforcement officers could possibly be conducting searches and raids without a proper search warrant. The Sheriff indicated that the “open field” doctrine made it possible for law enforcement officials to conduct searches and take action without a search warrant. While the law provides a guarantee of privacy in your person, in your home, and in immediate surroundings, there is not necessarily a clear guarantee of privacy on other more distant parts of your property.

With no expectation of privacy, law enforcement can simply file internal reports about raids, rather than filing reports with the court and being subject to judicial oversight. Unfortunately, the fact no warrants are being obtained means that the process is “ripe for abuse.” Not only can searches be conducted without any actual justification, but there have also been allegations that there are discrepancies between what is seized and what is reported on the police report.

Marijuana farmers who have been subject to these warrantless searches refer to the common process as a “rip and run,” and the resulting legal actions as part of the Mendocino Shakedown. The shakedown comes from the fact the local district attorney reduces felony charges for cultivation of marijuana to misdemeanor charges, in exchange for the payment of a per-plant restitution fee.

One farmer caught up in the system was forced to pay $11,000 in restitution after law enforcement claimed she had 161 plants. However, she claimed she was growing just 75 plants, which is the legal limit in the county for the three parcels of land that she owns.

More than $3.5 million has been collected and paid to the Sheriff’s Department through the use of this scam process over just the past two years. Unfortunately, as law enforcement agencies are being enriched, marijuana growers are paying the price.

The alleged shakedowns are a clear example demonstrating that enforcement of drug laws is often not done for public safety or for the public good, but instead for a variety of other motivations including government profit. Those who cultivate marijuana need to be aware of the potential legal threats they face, and should consult with experienced Los Angeles marijuana criminal lawyers as soon as they face legal problems or accusations of wrongdoing.