A cancer patient undergoing treatment at a Los Angeles hospital is being denied a liver transplant due to his use of medical marijuana in California. 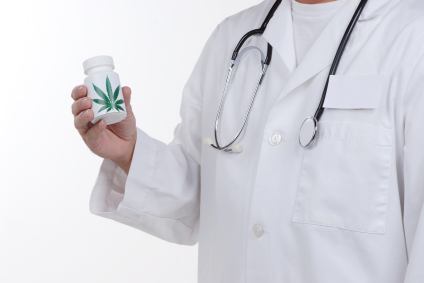 Our California medical marijuana lawyers are outraged, as are a number of patient advocates and marijuana rights groups.

A number of news sources are reporting the following:

The cancer patient had been on the short-list for a liver transplant at Cedars-Sinai Hospital in L.A. But his pain was becoming unbearable. Medical sources say symptoms of liver cancer can include fatigue, fever, jaundice, joint and muscle aches, vomiting, nausea, pain and swelling in the abdomen and a decreased appetite.

His oncologist then prescribed medical marijuana, to help alleviate some of these symptoms. The man filled the prescription, as ordered by his doctor.

That, in turn, got him booted from the liver transplant list. The hospital sent the patient a letter, saying that his marijuana smoking had made him an ineligible transplant candidate.

Now, his cancer has returned. Without a new one, he will die.

“It’s only my life that I’m fighting for,” he said bitterly.

While the hospital declined media requests for interviews, a clinical social worker at the transplant program at the University of California in Los Angeles said that marijuana use of any kind is considered substance abuse. The legality of it, she said, is not at issue.

The social worker’s statement is a head-scratcher. First of all, legality shouldn’t be an issue at all because marijuana was legalized for medicinal purposes by California voters in 1996. Secondly, it is true that prescription drugs can be abused, as we’ve seen as an epidemic problem with certain painkillers such as Oxycodone or anti-depressants, such as Xanax. Use, however, is very different than abuse. And if the use of a drug is prescribed and overseen by a physician – a specialist, nonetheless – how is that abuse?

Clearly, these institutions are deciding who gets to live based on some perceived morality, because while we debate semantics, real people are dying.

What makes this even more infuriating is that within the medical community, the benefits of medical marijuana have long been known. In fact, an archive story from The New York Times that was published in 1999 reported that the active ingredient in marijuana was found to be beneficial for use in treating nausea, pain and severe weight loss. Do those symptoms sound familiar?

Further, the Times reported that while there was concern that allowing sick patients to use the drug would soon mean use would spread to those who only wanted to use the drug for recreation. But no evidence of that could be found (nor has it been found since the drug was legalized). What’s more, the study found that marijuana is not a gateway drug that would entice patients to seek out harder drugs like heroin or cocaine.

This was all according to a study by 11 independent experts at the Institute of Medicine, an arm of the National Academy of Science. This was 13 years ago. Why is it taking so long for some in the medical and legal community to catch up on this issue?