In recent weeks, a number of celebrities – from the rap group Cypress Hill to former talk show host Montel Williams – have come out in support of medical marijuana in California and across the country. 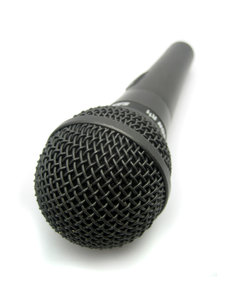 The wide range just further illustrates what our California medical marijuana attorneys already recognize: the vast array of benefits this drug provides for patients who are suffering form a variety of ailments.

The battle for the right to peacefully distribute, purchase and use marijuana for medicinal purposes is being fought on several fronts throughout the state right now. It’s been ongoing since California became the first state to legalize the drug in 1996. Since then, 16 other states have followed suit.

Last year, the Obama administration gave directives for federal prosecutors to focus efforts on matters other than medical marijuana. But last fall, prosecutors began moving forward anyway with a host of crackdowns across the state, shutting down dispensaries and collectives that it said were ballooning to unmanageable proportions.

Then pot proponents claimed victory a few weeks ago when an appeals court ruled that local governments couldn’t utilize nuisance laws simply for the purpose of shutting down dispensaries that were operating legally.

But there were again setbacks when a federal judge in Sacramento refused to even hear a case brought by medical marijuana patients and operators claiming that federal prosecutors are ignoring the presidential directive. The judge essentially said the president’s orders aren’t binding.

Last week, Cypress Hill front man B-Real headed a march from Los Angeles City Hall to the Edward R. Roybal Federal Building at 4:20 p.m. in an effort to voice opposition to the crackdown and send a message that the state’s medical marijuana laws should be defended. The rapper told LA Weekly that he was pleased with the turnout for what essentially equals a fight for civil rights. He followed up that effort with a “Smokeout Festival” headlined also by Sublime, Korn, Rusko and Wiz Khalifa. The event, B-Real said, is part of a greater movement.

“The goal of its inception was to use the power of music to build a platform for supporters, advocates and fans to congregate and take a stand toward decriminalization,” he told AllHipHop News.

All artists involved, he said, were chosen for their talent, as well as their pro-medical marijuana advocacy.

Also publicly voicing a pro-marijuana position in recent weeks is former talk show host Montel Williams. He recently held a news conference in Maryland on the issue and additionally appeared on the Dr. Oz show. The 54-year-old has been dealing with multiple sclerosis since 1990. He said he has suffered with pain in his face, side and lower extremities for years. Marijuana, he said, is the only substance he has found that has provided him with relief. On Dr. Oz’s program, he said since he began using medicinal marijuana, plaque has stopped forming in his brain – leading him to believe it is the pot that has halted the disease’s progression.

He said while it may not be a solution for everyone, medical marijuana has allowed him to have his life back.