When it comes to doctor-prescribed, medical marijuana in Los Angeles, an overwhelming majority of voters in California – 80 percent – support legalization and accessibility. 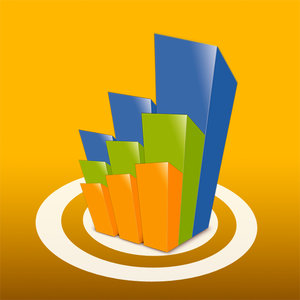 Los Angeles marijuana lawyers understand they are less sure when it comes to legalization for recreational purposes, but at least for now, the focus is on defending the decision they already approved back in 2006.

A recent voter survey was conducted by the USC Dornsife and the Los Angeles Times was intended to measure the evolution of voter attitudes since Proposition 19 was struck down two years ago. That measure would have legalized use of marijuana for recreational purposes.

Those who were in favor of broad decriminalization were at 46 percent. While this isn’t obviously a majority, it’s certainly not a resounding “No” vote either.

In fact, the margins are still pretty similar to what they were two years ago.

It’s important to note, however, that given the 80 percent support for marijuana as medicine, it’s clear the federal government in its crackdowns on marijuana dispensaries in Los Angeles and elsewhere is not acting in accordance with the will of the people.

Back in October, a Gallup poll showed that 50 percent – exactly half – of all Americans supported the legalization of marijuana for recreational use. That was the first time that many had supported such a measure since the agency began posing the question in 1969. During that year, just 12 percent said they supported it. Meanwhile, another pollster, Rasmussen Reports, showed that nearly 60 percent of registered voters wanted to regulate the sale of marijuana in the same way that tobacco and alcohol are regulated.

Those kind of voter responses have emboldened advocates in Washington and Colorado to get legalization measures on the next November ballot.

Political analysts have surmised that many California voters do believe in the Compassionate Use Act (the 1996 law that legalized pot for medicinal purposes). However, many are concerned that there may be widespread abuses.

That perception likely hasn’t been helped by the federal prosecutors, local law enforcement and politicians at both the county and city level that have been fighting dirty in trying to shut down legal dispensaries. Courts have come up with conflicting opinions. Some councils have tried (and are still trying) to enact bans. Others are going after those that have opened near schools or daycare centers.

The question of legalization also seems somewhat drawn along party lines, with about 30 percent of Republicans in favor, compared to 50 percent of Democrats and 60 percent of Independents.