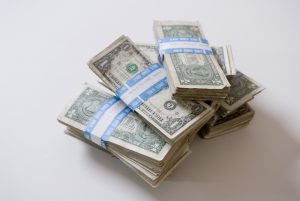 The dangers of cash transactions cannot be overlooked. Violent crimes surge whenever large amounts of cash are present. In one bizarre case from 2013, the owner of a lucrative marijuana dispensary was kidnapped and tortured in a futile attempt to force him to disclose the location of his cash reserves. The LA Times reports that the assailants removed the victim’s penis, then took it with them so it could not be reattached. While this is a bizarre and extreme example, the fact remains that violent crime is inevitably correlated with cash transactions, and it is a real danger for cannabis business owners.

Thinking Outside the Cash Box

Some cannabis business owners have explored more creative solutions to this problem. The LA Times reports on two such tactics. One such owner deposits his cash “in drips and drabs” into an account held by a limited liability company. The LLC is represented to the bank as a property management firm, and the bank “doesn’t know what we do”. This process is described as “not far off” from money laundering.

Another business owner is reported to send his cash payments directly to the Federal Reserve Bank in Los Angeles. They are deposited into the account of a credit union that is “eager to do business” with the cannabis company. This is a far cry from the dangerous cash transactions and ersatz money laundering of other cannabis businesses. Yet the strategy relies on the participation of a willing financial institution. According to the U.S. Treasury Department, 368 financial institutions in America served the cannabis industry. This is only a small fraction of the twelve thousand financial institutions across the nation. Opening such a bank account can also be cost-prohibitive for many businesses. Initial fees for financial audits and criminal background checks can be as much as $10,000. Monthly fees are also significant due to due diligence and reporting requirements of the Treasury Department. One credit union charged $5000 per month for growers to hold a bank account, and $7,500 per month for dispensaries. While this figure may sound inflated, it is not certain to cover the bank’s expenses associated with IRS audits, DEA investigations, and a host of other regulatory costs not faced by other industries.

Why pot businesses hide their cash – and others truck it straight to a federal vault, July 7, 2017 by James Rufus Koren, The LA Times