Medical marijuana concentrates are becoming increasingly popular. While it is fairly easy to heat marijuana in a pan on the stove and extract the THC-rich oil in the same manner people have been making pot brownies for decades, making butane hash oil is a considerably more dangerous and difficult undertaking. 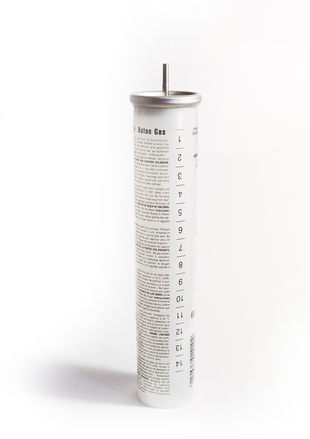 Hash oil, also known as butane oil, honey oil or “BHO,” involves using a solvent to extract THC oil in a highly concentrated form that can be smoked, used in a vaporizer, or otherwise consumed. The process essentially involves taking marijuana residue and adding it to a tube, where butane and coffee beans are used to filter the resin into a concentrated, thick, brown oil. This method is very dangerous, and when being performed by “chemists” with no actual training or education in chemistry, has often led to disastrous results according to a recent news feature from East Bay Express. There have been fires and explosions, and the very familiar concept of a meth lab explosion is now coming to the medical marijuana industry.

There is another way to use a solvent to extract BHO, but this involves the use of a specialized solvent extraction chamber and well-ventilated area, but this does not seem to be the method of choice for those illegally manufacturing hash oil. There have also many claims that smoking or otherwise using BHO oil is far more dangerous than other forms of THC, though there does not seem to be any scientific evidence to support these claims. Some doctors have stated that butane is used in so many consumer products and is all around us, and there is evidence that butane hydrocarbons by themselves are not any more dangerous than other chemicals commonly used in hairspray or other home products.

As our Orange County medical marijuana collective attorneys can explain. Law enforcement and many other public safety organizations were very concerned about the use and manufacture of BHO illegally. To address this, the penalties for the manufacture of BHO have been increased by adding the sections of law pertaining to the manufacture of crystal meth to the new statewide California legislation.

Specifically, Senate Bill 212 (SB 212), which has recently been signed into law, takes the act of manufacturing butane hash oil, which is already illegal, and adds an additional sentencing enhancement if the illegal manufacture takes place within 300 feet of a residential address. In other words, if someone manufactures butane hash oil in or near a home, a sentencing judge will have the authority to add additional years of prison time to a defendant’s sentence.

There have been many incidents which caused policy makers to be come concerned, including explosions and fires in residential neighborhoods of California allegedly due to the illegal manufacture of butane hash oil. One of the worst incidents resulted in a serious explosion at an apartment building in Sacramento. The building had to be evacuated, around 140 were left homeless, at least temporarily, and dozens were treated at local hospital for burn injuries. There were also reports of children being present and injured in areas where BHO was being manufactured.