Cannabis stores in California are clearing the shelf space for CBD-infused food and supplements, in preparation approval of Assembly Bill 228, which requires a two-thirds state Senate majority after passing in the House earlier this month. 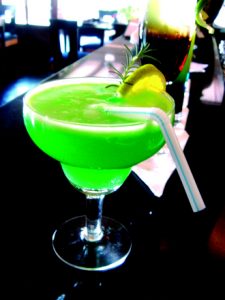 However, Los Angeles cannabis law firm attorneys urge reefer retailers to exercise caution. It’s unclear whether removing the state level ban would mean companies are legally in the clear to manufacture/sell CBD-infused products and supplements so long as the U.S. Food & Drug Administration has made it clear that such sales are illegal under federal law. The agency is reportedly reconsidering this stance amid intense pressure from the cannabis industry, but thusfar, there has been no shift in policy.

At issue are hemp-derived CBD (cannabidiol), a non-psychoactive extract of the hemp plant, which is a type of cannabis that contains less than 0.03 percent THC (tetrohydrocannabidiol), the cannabis plant extract that gives users a high. The historic 2018 U.S. Farm Bill formally differentiated hemp from its cannabis cousin, marijuana, opening the door for a host of cannabis-derived products, from textiles to beauty products.

Yet even as purveyors of Southern California food and beverages in states where recreational marijuana is legal infuse THC-laden products into everything from pizza and beer to candies and chips, they haven’t technically been allowed under either state or federal law to do the same with CBD.

This of course seems entirely nonsensical, given that CBD objectively poses less serious health or safety risk than marijuana use – which is saying something considering marijuana is generally considered pretty safe for use by adults. Unlike opioids or cocaine, overdoses are virtually a non-issue (with disputes on cause even when they do occur). The biggest problems are those arising from impaired driving and, on rare occasions, impaired workers.

Indeed, many were surprised at the sudden crackdown on CBD food and beverage sales last year by the California Department of Public Health, which via memo insisted hemp-derived CBD products were banned as a food additive per FDA guidelines

The bill addresses the surprise crackdown by the California Department of Public Health (CDPH), which asserted authority over food sales and stipulated in a memo last July that California prohibits hemp-derived CBD from being added to foods.

Those selling THC-infused culinary and drink items are still technically flouting federal law, as the drug retains its classification as a Schedule I narcotic. The current White House Administration’s U.S. Justice Department continues to adhere to the directive set forth in The Cole Memo, which in 2013, after years of incessant raids on the legal marijuana dispensaries, collectives, doctors and patients, instructed federal prosecutors to eschew pursuit of marijuana organizations and businesses abiding state law where the drug is legal.

What AB 228 Would Mean for CBD Sales in California

Given the dizzying pace of changing marijuana law and policy, cannabis entrepreneurs and ancillary companies need to understand exactly what federal, state and local rules. Working with an experienced cannabis law firm will help ensure you’re up-to-speed and knowledgeable on compliance. Our team of dedicated CBD lawyers will keep your firm abreast of the latest and prepare you for the launch of CBD food, drink and supplement sales so you’re ready well in advance.

It does seem we’re moving closer to that reality, given the state assembly’s unanimous approval of the bill, reflecting broad support.

The law would allow sales of food, beverages and cosmetics infused with CBD extracts and further would prohibit local restrictions on these sales (which is not the case for recreational marijuana).

Still, some have expressed skepticism the state senate will follow suit, given the FDA’s continued hard-line stance against such sales, at least for now. If they do move forward on AB 228, it’s expected California Gov. Gavin Newsom will sign it and the law would go into effect right away.

But again, until the FDA shifts its stance – bringing with it the state health department – cannabis firms would be wise to tread carefully. It’s unlikely larger, national chains will make moves toward investment or sales at least until that point.

California Poised to Remove Prohibition on Hemp-Derived CBD in Foods and Supplements, May 20, 2019, National Law Review