The announcement that one of California’s largest licensed marijuana dispensaries, Harborside in Oakland, would be the 66th U.S. cannabis venture added to the Canadian stock market, questions have arisen about the legal risk of investing in such stock. 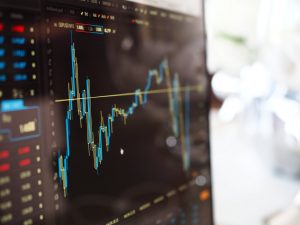 Elbowing one’s way into Canadian stock market investments isn’t always a simple task for outsiders, with a fair number of U.S. brokers disallowing international stock trades. Canadian stocks are increasingly an exception to the rule, but it’s likely to be more expensive, and of course, the cannabis market is still burgeoning and volatile, particularly while there are so many conflicting local, state, federal and international rules and regulations.

As far as the marijuana industry goes, investing in public stock of cannabis companies is perhaps at this point one of the least-risky options, as you have no direct involvement in the daily cultivation, production, testing or sales of the products.

There are currently more than 300 publicly-traded marijuana stocks and funds on the U.S. trade markets, and a growing number globally. These can be lucrative for investors willing to take the risk. However, it can also be costly if you aren’t careful/consider the fine print.

It’s a smart idea to consult with a dedicated marijuana law firm before plunking down your hard-earned cash on cannabis stock because there are some potential considerations about which we can advise, especially if you’re a government employee.

Federal Employees, Military Veterans, Those With Security Clearance Should Be Cautious With Cannabis Investment

It was widely reported earlier this year that federal authorities were reviewing the security clearance of billionaire Elon Musk after he reportedly smoked marijuana during a podcast. What has received less attention is the fact that many government workers have come under scrutiny for their connection with cannabis – even when it’s as far removed as international investment.

This might seem odd given the fact we’re soon to have 11 states that have legalized recreational marijuana (Illinois the most recent, and New York and New Jersey could be next) and 33 states have legalized the drug for medicinal purposes. However, the persistent contradicting federal ban on the drug, classified as a Schedule I narcotic, is what is giving federal employees the toughest time.

Use of marijuana by federal workers and even some contractors is forbidden, and the government has made it clear that investment in marijuana business interests is a no-go too.

MarketWatch spotlighted several cases of federal contractors and employees who own stocks in cannabis companies or even cannabis-related firms that were facing potential threats to the security clearance they required in order to do their jobs.

In one recent example, an employee for the Department of Defense, who dutifully listed his cannabis company investments on financial disclosure forms required of certain federal government officers who retain sensitive positions. Soon after, he received a letter informing him that his investment in marijuana stock violated public trust and extended him 30 days to “fix the problem” or else risk losing his security clearance.

Union representatives representing thousands of federal employees for the DOD, some stationed globally, argued this tactic was a means of “picking on” lower-level employees. The average salary of a union DOD employee is about $80,000 a year, yet they risk total loss of that for investing a few hundred dollars every quarter on a fledgling marijuana company.

Although marijuana stock has been outright barred in directive memos by DOD agencies like the Air Force, insiders indicated this was the opinion of a single attorney and not representative of the Pentagon’s official policy.

Cannabis investment law firm attorneys know full well marijuana is not a problem in this country – certainly not to the extent purported by the archaic federal law. More than 45 deaths a day in the U.S. are attributed to opioids, which account for 35 percent of all overdose deaths – yet federal employees are free to invest in public stocks of pharmaceutical companies that sell them. Same with benzodiazepines, antidepressants and other medications. Yet marijuana, which barely registers on these scales as a causal factor, is treated like poison.