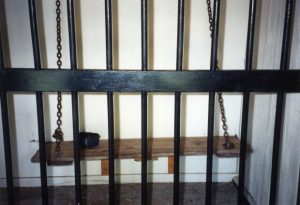 Authorities initially arrested Operator Dennis Hunter on charges of spearheading a meth lab-type operation. His bail was set at an eye-popping $5 million. The next day, hundreds of people gathered in front of the Sonoma County courthouse to protest the arrest. Local officials were hounded with a letter-writing campaign. A long-time, respected politician stepped in with his support. City officials then began weighing in.

Soon after, the district attorney in Sonoma County released a statement saying that she supported lawful medical cannabis production, and she was looking carefully at whether any laws were violated that endangered the environment or public safety. Forty-eight hours later, Hunter was released.

Our L.A. marijuana arrest lawyers know that in the end, this essentially wound up being a code enforcement action that involved 100 police officers. The dispensary agreed to make a number of adjustments to the operation in order to ensure compliance with industrial codes.

This incident is also indicative of the shift not just in public attitudes regarding marijuana, but also in the attitudes of prosecutors. State and federal attorneys were often eager to pursue large-scale cannabis operations for any possible offense they could find. This is not to say the risk is entirely eliminated; after all, marijuana remains a Schedule I narcotic, illegal under federal law, and this prosecutor only took the position she did after a public outpouring of support for the defendant.

Of course, laws shouldn’t be enforced according to who you know or how good your lawyer is, but sometimes, that’s the unfortunate reality of it, as we saw here. Maybe the charges against Hunter would have been ultimately dropped anyway, but the swiftness with which it happened speaks to the power of public opinion.

Care By Design released a statement saying it was working closely with investigators to resolve whatever code violations had been identified and to resume operations with full transparency. The statement noted that for some CBD patients, access to their products is “truly a matter of life or death.”

The raid had been led by the Santa Rosa Police Department, which seized financial paperwork, computers and thousands in cash before arresting the owner.

The company has been in business for years, and services tens of thousands of patients across California. It operates in a large commercial facility – for which it apparently did not have a proper permit – and extracts cannabis oil from raw plants using a process that involves pressured carbon dioxide.

Initially, Hunter’s bail was set at $5 million, reportedly because he once fled from police and was on the lam for four years, ending in 2002. That case, in which he was accused of growing 12,000 marijuana plants in Humboldt County, ended in a federal prison sentence. He opened CBD after his release. Now, it appears he is free to continue operating.