Contrary to all the fears hyped by anti-marijuana advocates, statewide marijuana laws that allow for legal access – both medicinal and recreational – are not associated with increased teen use. In fact, according to the most recent research by the U.S. Centers for Disease Control and Prevention (CDC), the opposite is true. 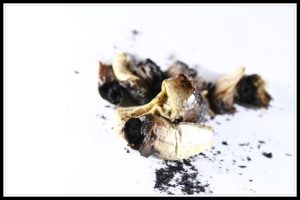 The CDC just released its latest Youth Risk Behavior Survey, which monitors six different types of health risk behaviors that cause or contribute to death and disability among teens and young adults. One of those is alcohol and other drugs.

What they found was that the percentage of teens who had ever used marijuana had increased significantly – from 31 percent to 47 percent – from 1991 to 1991. If you’ll recall, 1997 was the year California approved marijuana as medicine, and there was a great deal of fear that California’s law and those adopted in other states would prompt an even bigger spike. But that didn’t happen because from 1997 to 2015, there was a decrease from 47 percent to 38 percent. Specifically when we look at 2013 to 2015, which is when states started passing recreational marijuana laws, the prevalence of teens who used marijuana nationally dropped from 40 percent to 38 percent.

Meanwhile, the percentage of teens currently using cannabis (meaning having consumed marijuana in the last month) also fell from 1995 to 2005, from 25 percent to just under 22 percent.

It should be noted that during this time period, more than two dozen states passed laws that allow patients who qualify the right to consume cannabis. Further, four states plus the District of Columbia passed laws that allow commercial production and retail sale of the drug to adults – with certain restrictions.

These results echo a number of other studies that have reached very similar conclusions about teen drug use. Our L.A. marijuana lawyers know that this remains a sticky issue with many groups that continue to oppose pro-marijuana legislation. But the more research that is conducted, the weaker that argument is.

Just to sample what has already been established about teen marijuana use and marijuana laws: