Los Angeles Marijuana Lawyers have expressed solidarity with those California marijuana dispensaries to the north of us that were ordered to close by the federal government by April 6 – or face severe prison sentences, fines and forfeiture of their property. 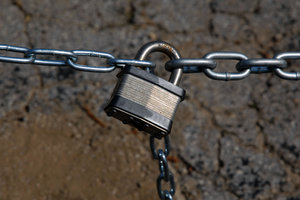 The state as a whole loses when these licensed and taxpaying facilities, which have contributed so greatly to the health and well-being of our populous, are forced to close due to a political tug-of-war.

This time, it was HopeNet, the first marijuana dispensary in San Francisco. On their last day, the owners prepared accordingly – by grilling hotdogs. About 220 in all.

The dispensary remained open until the very last moment it could, offering free hotdogs to patients who were there to get their last dose of cannabis in concentrate, flower and edible form.

It was one of three dispensaries that were shuttered that day. It was in company with Shambhala Healing Center and Valencia Caregivers. Landlords for each of the three centers were handed down warnings from the U.S. Attorney in Northern California. It gave the landowners 45 days to close down the dispensaries or face swift and severe consequences. The reasoning given by the federal government was that the shops were operating too close to parks or schools. Never mind that they have been there for years without incident.

The fact that these dispensaries have been strictly following both state and local laws and zoning rules governing medicinal marijuana has been deemed irrelevant by the feds. Medical marijuana, they say, is barred under federal law, and the fact that the dispensaries are nearby an area where children frequent is seen as an aggravating factor to the offense.

And who really suffers? Of course, the pot shop owners have lost their livelihoods and the struggling cities are poorer for it. But mostly it’s the patients, who have a right to medical marijuana under California law and have for more than 15 years.

Certain extensions were given to some landlords so that they could work out a legal deal with the dispensaries who had secured long-term leases. But those will only last a month or so, and then they must cease to operate or face federal sanctions. Some of the dispensaries have been served eviction notices – and at least one has indicated that it plans to fight that eviction, and may have strong legal grounds to win that case. That’s because evictions are decided in state – not federal – courts, which recognize the legality of medical marijuana under state law.

So it’s unclear what that may mean for the federal order.

Our Los Angeles Marijuana Lawyers will continue to keep a close eye on that case and the outcome.