Colorado marijuana dispensary-owning hopefuls should be prepared to divvy up lots of green – and not the kind you can smoke, according to recent Associated Press reports. 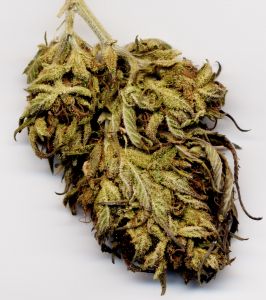 And then even after that, applicants who are granted approval will have to undergo a series of criminal background checks, residency requirements and other legal hurdles.

As one writer put it, there will be “as much red tape as green leaves.”

Officials say these kinds of fees are going to be necessary in order to weed out any business owners who live out-of-state or who have connections to gangs, cartels or prior felonious histories. It’s also important to have such fees set aside to ensure proper enforcement of state guidelines.

Residency requirements are going to apply to all who are associated with the operation – from the owners down to those working the customer service counters.

Would-be “ganjapreneurs” in Colorado would be wise to also set aside contingency funds for legal fees. Making this part of your budget from the outset could save you major snags later on. Our firm has significant experience not only in advising dispensaries and collectives across the country that have drawn the unwanted attention of state and federal authorities, but also in helping to establish self-imposed regulations and procedures that could shield your operation from future legal challenges.

The state’s marijuana regulators recently held back-to-back hearings to hammer out all the licensing details for commercial sale of the drug, which is expected to begin in January.

Colorado state officials understandably want to prove they can strictly regulate and control a drug that has, for decades, been an underground product. Such illicit sales have continued, well into this new era of medicinal marijuana allowances.

The commercial stores will have to keep meticulous records that show seed-to-sale tracking. Video surveillance systems are also going to be required at all points during the process, including as the plants are grown, prepared, packaged and sold.

Such tracking was proposed for the state’s medical marijuana program. However, the agency ran out of money before it could get that aspect of the program launched. It’s expected, though, that this aspect will be operational by this fall.

In order to avoid the same kind of money woes the medicinal program has faced, officials say increased fees for operators must be part of the package deal. Those operational licenses will have to be renewed annually, and growers too will have to pay an estimated $3,000 each year.

Industry insiders say that such pricing structures are unfair and are based on arbitrary assumptions, without a rational basis on enforcement costs. In particular, there are concerns for the added costs laid out for dual-providers. They say providing the drug for both purposes won’t result in doubling the government’s costs.