The move is virtually unprecedented: local government leaders are ordering medical marijuana dispensaries in D.C. to set aside a minimum of 2 percent of their overall profits to help subsidize medical marijuana purchases for patients living below the poverty line. 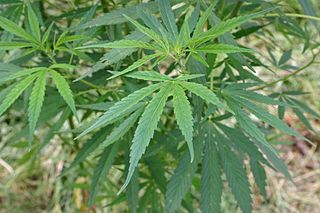 Our Los Angeles marijuana lawyers recognize that the proposed rule is the first of its kind in the country. The proposed rule, published earlier this month and under a month-long review before final approval, requires dispensaries to give low-income patients a discount of at least 20 percent. In order to qualify, patients must be living at or below 200 percent of the regional poverty level.

As it stands, there are a great number of marijuana clinics throughout the country that provide some type of discount for poorer patients. There are even some states that make reference to low-income provisions in the law. However, the National Organization for the Reform of Marijuana Laws notes that no other state has written such clear provisions to ensure poverty-stricken patients can still receive access.

In D.C., sales of marijuana began just last month, with prices ranging between $380 to $450 for one ounce.

The reason the sliding scale is an important precedent has to do with the fact that it’s highly likely many patients are going to qualify. Consider that a great deal of marijuana patients don’t hold full-time jobs, as a result of their underlying illnesses – the reason they qualify for medicinal marijuana in the first place.

D.C. leaders made this a priority when they first passed the medical marijuana law three years ago. Part of the reason they say it is so important is that if lower-income patients are priced out of legal access through regulated dispensaries, they are more likely to turn to the black market. For example, while an ounce from a dispensary might cost $400, an ounce on the street could cost $120.

Many patients will be paying this expense out-of-pocket, as it isn’t expected that government-funded health care plans, like Medicaid, will be allowed to cover such expenses.

At the embattled Harborside Health Center in Oakland, Calif., the executive director noted that when the operation was still in full swing, the center gave out some 600 “care packages” weekly, to those patients who were either unemployed or living on tiny pensions or Social Security Disability checks. Without that kind of a break, many patients would have either had to turn to the black market or go without.

And this brings us to another matter, which was the veto by North Carolina Gov. Robert McCrory (R) of a bill that would have required drug testing for welfare recipients. This was a brave move for McCrory, who noted that such a program would be an “overreach,” ineffective in terms of driving down drug abuse rates and costly for taxpayers.

While North Carolina does not yet have a medical marijuana program in place, it’s important that states continue to see the lack of foresight in these measures. Not only are they expensive and fail to produce a high number of “hits” as it is, but they could be devastating to patients receiving medicinal marijuana in states where it is legal.

Again, because of the underlying conditions that caused these patients to become approved for medical marijuana in the first place, many are receiving financial aid from the government. Requiring these folks to undergo drug testing – which would inevitably be returned positive – would be forcing them to choose between food and medicine.

Voting down these kinds of nonsensical measures is one way we to help ensure that doesn’t happen. Offering industry-generated subsidies, like the one in D.C., is another.