Marijuana first became legal for recreation among adult users in January 2018. With that, Los Angeles marijuana tourism is taken off, with several ancillary businesses cropping up specifically catering to those who are here for the cannabis. Among the various companies that have entered the fray: 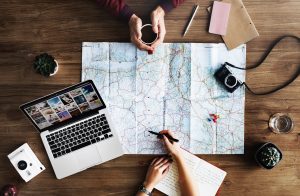 Los Angeles marijuana tourism attorneys know that some firms had a bit of a struggle making their way into the fray, given that legal marijuana is approximately 35 percent higher cost than what is available on the black market. Medical card recipients pay a bit less, given that they aren’t subject to the state excise tax. Aside from them, people who come to California specifically for this purpose don’t seem to mind too much paying the extra cost, given that they’ve come for the experience – and to revel in the ability to enjoy their buds without worrying about a bust.

Companies latching themselves to these opportunities have the potential to make decent profits – but only if they can establish themselves in a way that minimizes the risk of their own liability. That includes, firstly, the potential liability that any tour company catering the imbibing crowd might need to consider.

The possibility that someone with a pre-existing condition might suffer a health emergency on the tour as a result of consuming the drug, thereby leaving them susceptible to injury or permanent disability.

Much of this would generally be covered in a carefully-written liability waiver.

But then there are concerns that may uniquely be within the realm of cannabis, due to its status as a Schedule I narcotic. For example, if you are a hotel that hosts individuals who are visiting for marijuana tours just as you would any other, that might not be anything for which you’d need anything more than a commercial general liability policy. But if you’re advertising your services expressly in concert with the Los Angeles cannabis tourism venture, the underwriter for the policy may be looking to exclude coverage for anything that is “marijuana-related” – for fear of reprisal from the federal government, given marijuana’s status under federal law as a Schedule I narcotic. Although hotels and other lodging lessors stand to make a lot of money by being “420-friendly” (thanks to California’s stringent rules that strictly limit places in which one can vape, smoke, or eat cannabis and the fact that most hotels in California are smoke-free), they will want to speak to a marijuana tourism attorney before adding their brand to the ads.

Another factor marijuana tourism companies will need to decide is setting policy with regard to employees consuming marijuana on-the-job. If that in any way results in harm to customers – particularly one that might have been foreseeable – a liability waiver may not be enough to insulate your firm.

Then there are questions of how you might accept payment. Most banks and credit card companies will not sanction purchases that will facilitate the sale of marijuana – again, thanks to the federal law.

These are the kinds of issues that marijuana tourism companies need to carefully discuss with an attorney experienced in California marijuana business law. Attorneys at our firm have been practicing marijuana law in this state for more than a decade.