The decriminalization and legalization of recreational psychedelics in Colorado – the second state behind Oregon to do so – signals a shift our Los Angeles marijuana lawyers expect to see emerge in California as well. 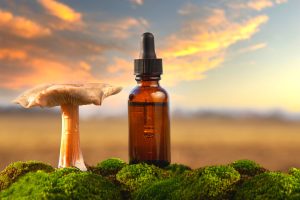 Voters in Colorado recently passed a ballot initiative during the recent election that makes it lawful for adults to buy, possess, and use a number of psychedelic substances, including:

The measure, Prop 122, was approved by 52 percent of Colorado voters – roughly 1.2 million people. That news comes just two years after 55 percent of voters in Oregon agreed to make recreational use of psychedelic substances legal. Beginning in 2023, people in Oregon will be able to use one of those – psilocybin – at licensed service centers, but not in their homes.

Prop 122 comes a decade after Colorado and Washington became the first states to legalize recreational marijuana for adults and 26 years after California became the first state to legalize medicinal marijuana. As it stands today, 21 states plus the District of Columbia offer legalized cannabis for adults. Five states had recreational marijuana on the ballot this year, with voters in two of them – Maryland and Missouri – approving those measures.

Even though the federal government continues to cling to the Schedule I classification of these substances, research by many prominent universities has indicated psychedelics may hold very promising potential in larger treatment plans.Numerous studies in recent years have concluded that psychedelic substances can be beneficial for a broad range of mental health conditions (PTSD, chronic pain, anorexia, addiction, etc.). Even the U.S. Food & Drug Administration conceded in 2018 that psilocybin is a “breakthrough therapy” for treating severe depression.

A number of states have set aside funds in recent years to study the potentially therapeutic impacts of psychedelics – psilocybin in particular. Connecticut, Utah, Texas, Washington State, and Maryland are among those funding research. Several cities have approved decriminalization measures, including Oakland, California.

That’s not to say the conclusion is foregone. Last year, California Senate Bill 519, a measure that would have decriminalized possession and non-commercial sharing of psychedelics for those over 21, failed to gain sufficient traction. The author of that bill noted that trying to address drug use by arresting and incarcerating as many people as possible isn’t effective, and said a new approach is necessary.

This is almost certainly going to crop up again in California. Even if there are a few fits and starts, we anticipate an ultimately favorable outcome.