School drug testing not only threatens to violate the U.S. Constitution, but according to a new study, it doesn’t work. 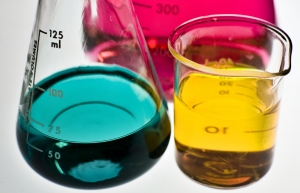 Our Los Angeles marijuana lawyers know that subjecting kids to drug tests doesn’t prevent them from using drugs. Creating a positive school climate, on the other hand, might have the desired effect.

About 20 percent of high schools drug test students. Some initiate these tests because specific students are suspected of drug use. However, many randomly initiate these tests based on a student’s participation in sports or extracurricular activities. The problem is, the evidence has never supported this approach.

The most the tests might do is convince kids to stop using the substances, such as marijuana, that the school is most likely to test for. However, this does not necessarily mean students are not using any drugs whatsoever.

Plus, these policies tend to target groups of students who are low-risk. Specifically, those tests that are aimed at students involved in extracurricular activities are most likely to be fruitless. These students tend to the the least likely to use drugs in the first place.

Still, courts have generally upheld random testing of students. The U.S. Supreme Court ruled in 1995 that schools may test student athletes even absent suspicion of drug use. The court found the tests didn’t violate constitutional protections against unreasonable search and seizure because students have only a limited right to privacy and because the schools have an important interest in preventing drug use.

So it’s important school districts understand that their policies, even if sanctioned by the Supreme Court, are ineffective at preventing drug use. At the same time, in a very practical sense, those policies do violate students’ privacy rights.

Regardless of the court’s constrained reading of the constitution, the Fourth and Fourteenth Amendments protect the right to privacy of all Americans. The Fourth Amendment requires that the government obtain a particularized warrant before searching the person or property of any American. And a drug test is, as the court noted, a search under the Constitution.

Unfortunately, the court isn’t likely to overturn its ruling anytime soon. That means random student drug tests will continue despite the fact that they are not effective deterrents for students.

Still, this does not mean students who face criminal sanctions as a result of these testings or searches have no legal recourse. Consultation with an experienced marijuana lawyer can help students learn more about their options.

A positive school climate was defined as an environment with clear rules where teachers and students treated each other with respect. None of the schools whose students were polled had any special programs in place to create a positive climate, but experts claim some programs exist that help schools create respectful environments.

Supreme Court holds that suspicionless, random urinalysis drug testing of student athletes is constitutional under the Fourth and Fourteenth Amendments of the United States Constitution.