The latest report on the recreational cannabis industry in California reveals aggregate profits of about $345 million – not $1 billion as was anticipated in its first year. A new report by the state’s Cannabis Advisory Committee, revealed in-depth that one of the biggest drags on the market is dilution due to black market sales of the drug – often cheaper and more accessible than legal purchases from a licensed dispensary – creating unfair competition. Los Angeles marijuana business attorneys know the complex regulatory system doesn’t help. 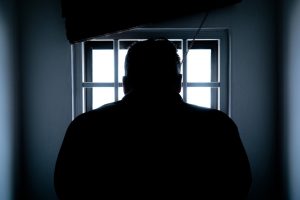 Gov. Gavin Newsome, a staunch proponent of recreational marijuana legalization who received some $340,000 in campaign contributions from the cannabis industry, said it could take at least five years before the market truly hits its stride. One strategy by the state has been to extend timelines to licensed businesses to comply with all aspects of complicated state and local regulations. However, some evidence suggests this could be hampering business for those already in compliance. Part of the problem also has to do with the fact the state lacks adequate resources to enforce the laws. Pot shops also pay hefty taxes and must invest in significant resources to manage a cash-only operation.

Recently, the governor announced plans to expand the effort to shutter illegal cultivation of marijuana, particularly those operated by international drug cartels in Northern California. Specifically, he’s lending expanded aid from the California National Guard to assist the federal government in cracking down on black market marijuana operations. Analysis by New Frontier Data, a private company that follows marijuana industry trends determined 80 percent of the cannabis sold statewide is black market pot. Profits for illicit marijuana sales are estimated to be four times that of the legal market.

An estimated 150 troops would be sent to the U.S.-Mexico border to assist the federal Counterdrug Task Force, targeting trade in Northern California. State officials have also vowed to speed up efforts to license more legal marijuana businesses.

A chairman of a cooperative of 130 licensed cannabis growers recently noted to an L.A. Times reporter that enforcement of state laws has been patchy, expensive and largely ineffective.

The state has reportedly issued licenses to more than 630 marijuana retailers. It’s also issued more than 2,840 cease-and-desist notices to businesses believed to be operating in marijuana cultivation and distribution without proper licensing.

Last week, officials reported there had been five significant enforcement actions against scofflaw growers and retailers. These resulted in more than a dozen arrests and civil forfeiture proceedings on hundreds of thousands of dollars’ worth of cash and assets. Los Angeles marijuana business attorneys know that it’s not clear however how many of those businesses closed shop following the state’s cease-and-desist. It’s also not certain that even if they did close, they didn’t simply pickup and go elsewhere.

Substantial state budget cuts in 2011 were cited as reason to eliminate the state’s narcotics bureau, which worked with regional task forces to root out illegal drug operations.

In Los Angeles, the Marijuana Enforcement Unit of the city attorney’s office reportedly filed about 170 misdemeanor marijuana cases in 2018 against more than 700 defendants for operating without a lawful California cannabis business license. There have also been actions taken by the California Department of Justice and the California Highway Patrol.

Meanwhile, the state has been after technology firm Weedmaps, urging them in increasingly stronger terms to wipe its database of marijuana firms that operate with no permit. Weedmaps has countered that it enjoys federal preemptive protections, the same as Yelp or Google. Marijuana legal experts in California know there probably isn’t much more they can do, as Weedmaps isn’t and could not be a licensee of the state cannabis control bureau.