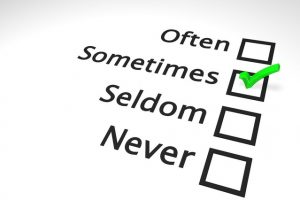 work in states where marijuana has been legalized by allowing them to benefit from their state’s laws without fear of losing their job. HR-6589, the Fairness in Federal Drug Testing Under States Laws Act, would protect the employment of anyone working for or applying to work for a local office serving the federal government who is caught using cannabis so long as the person is abiding by proper state laws, according to a report from Washington Times.

The bill was introduced by Reps. Charlie Crist (D-Florida) and Drew Ferguson (R-Georgia) once again proving cannabis is an issue that truly brings people together across the aisle.

In many ways, one would not know that marijuana is prohibited by federal law in the United States. In 30 states and Washington, D.C., cannabis has been legalized for medical use, with about a third of those permitting recreational use. While more than half of the states in the U.S. have legalized some form of marijuana, many Americans still have to make careful decisions about whether or not to consume for the sake of their careers. Even where cannabis is legal, employers are perfectly within their rights to drug test and to hold employees accountable for marijuana found in their systems. This includes employees who have a recommendation from their doctor. It becomes even more complicated when the employer serves the federal government. Federal employers must abide by federal law, regardless of the state in which they are located.

Many employers are finding that testing their employees for cannabis use does more harm than good, scaring away talented candidates who have done nothing wrong except follow the medical advice of a physician. These employers defer to state law rather than federal law and do not hold tests showing THC. Federal employers do not have the ability to defer to state law, but this bill would rectify this disparity. In either case, employers can still punish an employee if there is probable cause to believe the worker is under the influence while on the job. The bill also would still not allow employees who have top secret clearance or who have access to highly sensitive information to partake.

As our L.A. marijuana lawyers can attest, drug testing for cannabis is not a reliable way to prove that marijuana use is overlapping one’s professional life. The effects of cannabis usually wear off within a few hours, depending on the method of ingestion, but will remain in the system long enough to show up on a drug test roughly two weeks later. More so, without suspicion that an employee is high on the job, cannabis simply should not be a concern to employers. It is ridiculous that hundreds of thousands of people are now reaping the benefits of cannabis, yet we are still clinging to the notion that somehow by doing so, they could be unfit for work. Our legal team hopes this bill will make life easier for federal employees and will set an example for all employers.

New Bill Aims To Protect Employees In Legal States From Being Punished For Consuming Cannabis, July 28, 2018, By Calvin Hughes and James McClure, Civilized