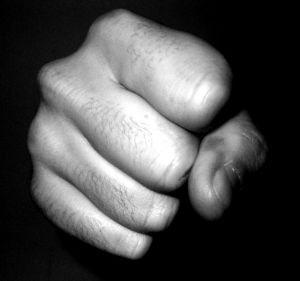 Our Los Angeles marijuana lawyers know that this tragic case has highlighted a disturbing prosecutorial trend that has become the norm in both federal and state cases of every kind: Overcharging defendants.

This is also sometimes called tacking-on.

Essentially, prosecutors (especially at the federal level) have become notorious for piling every possible charge they can on a defendant in an effort to strong-arm a guilty plea. Such tactics are routinely applied to medical marijuana defendants too.

It’s an egregious stretch of the law to charge medical marijuana dispensary owners with trafficking in a controlled substance when it’s quite plain to see that their actions fall well within the realm of legal activity under state law.

We saw this scenario played out recently in the case of G3 Holistics dispensary owner Aaron Sandusky, who was recently sentenced to 10 years in federal prison for drug trafficking.

Then there’s the case of Matt Davies, a devoted father, husband and dispensary operator facing a minimum of 10 years in prison for operating the Medizen clinic in Sacramento. He and one of his business partners are currently trying to hammer out a plea deal, while a third has already taken one – a three-year sentence in exchange for testifying against his former colleagues.

Prosecutors know that it is both costly and time-consuming to actually go to trial. They know that many times, those more serious allegations won’t stand up in a court of law anyway. The fact is, most prosecutors aren’t even expecting those charges to go to trial (only 3 percent of all federal cases do). However, they still want those convictions under their belt. Piling on a heavy load of criminal charges is one way for them to get a leg-up in the plea bargaining process. Defendants facing a lifetime behind bars are far more likely to quietly plead guilty to lesser charges – regardless of the weight of the evidence – rather than take their chances at trial.

Years ago, this kind of action was met with a great deal of disdain by judges. They would immediately see through these attempts as a clear overreach of prosecutorial power, and as such, the cases would often be dismissed outright.

But somewhere along the line, that ethical principle has been lost. The “win-at-all-costs” attitude of these prosecutors has trumped a defendant’s right to only have to fight charges that are appropriate and equitable to the specific allegations.

We understand that there is a great deal of pressure on young, ambitious prosecutors to go out and win these cases – especially when they are gunning for higher office. But this comes at an enormous price to defendants, their families, our society and the core code of justice.

The fact that we are seeing fewer and fewer cases actually making it to trial is a huge red flag that this process has rapidly gained acceptance in our courtrooms.

Defendants in federal medical marijuana cases face additional challenges, as they are sometimes prevented from even producing evidence that their actions were in line with state laws.

These individuals need an experienced legal team that aggressively fights back in the face of such intimidation.