Our Los Angeles marijuana lawyers are not surprised that federal authorities have now shifted their attention to Los Angeles. 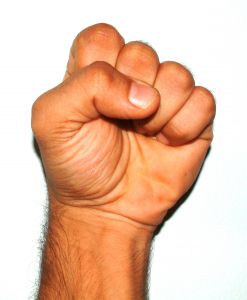 After all, prosecutors at the federal level have already targeted numerous other communities across the state. Given the attention this issue has received recently, with the uproar over City Council’s so-called “gentle ban” and the subsequent backlash from community advocates seeking to repeal it, it was probably only a matter of time.

Still, it is nonetheless disappointing from an administration that promised not to expend valuable resources targeting lawfully-operating dispensaries in states where the practice is legal under state law.

Then late last month, just before City Council members voted to repeal that ban in an effort to avoid a March ballot measure, federal authorities raided a number of Los Angeles shops and issued letters to dozens more.

U.S. attorney’s office mouthpieces say this was their first, large-scale action in Los Angeles. But, they said, you can almost count on the fact that it won’t be the last.

One official was quoted as saying you can’t “do all of L.A. at once… There are too many stores.”

What does this mean for Los Angeles marijuana dispensary owners, particularly in the wake of the repealed ordinance?

It means at the local level, you’re safe for now. But this won’t necessarily stop federal authorities from attempting to level these operations, one-by-one. Despite promises at the outset of this statewide campaign a year ago, federal prosecutors aren’t just going after dispensaries that are complying with local and state laws. In some cases, they seem to simply make up reasons. For example, they shut down the Harborside Health Center in Oakland, after citing they were “too big.” This was despite any stipulation in local or state guidelines governing the size of marijuana operations.

Now in Los Angeles, federal prosecutors have so far filed civil asset forfeiture lawsuits against the landlords of three local dispensaries. Additionally, they raided several other outfits and sent warning letters to another 68 dispensaries, primarily those operating in downtown and in Eagle Rock. These facilities were given two weeks to comply with federal law.

Marijuana dispensary owners who have not sought legal representation up until now need to seriously consider it at this point. While there is no absolute guarantee of escaping the roving eye of federal prosecutors, there are some steps that can be taken to improve your chances of avoiding undue scrutiny. We can help.

In the meantime, it’s not likely the government would consider the following, but it’s worth it to taxpayers to consider:

Recent research released with the approval stamp of 300 top-level economists estimates that the U.S. government could save nearly $14 billion on marijuana prohibition enforcement. Now, this is not solely in Los Angeles or even California, and it covers all marijuana uses, including recreational. But considering not only the value of medical marijuana for chronically and acutely ill patients, as well as our current economic situation and the potential tax revenue that could be generated, this blind war on weed makes less sense the longer it drags on.