The United Food and Commercial Workers Western States Counsel is once again pushing for regulations of the medical cannabis industry on a state level. According to a recent news posting from the Weed Blog, this organization is the only union representing medical cannabis workers in the state of California. 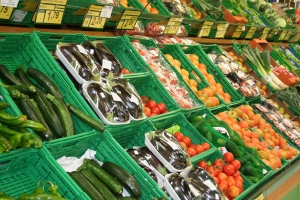 A spokesperson for the organization, through a publicly released statement, said after months of negotiations on this issue, there are no longer any major policy disagreements among the various political groups, and it was through the willingness to work together of the local law enforcement, governmental agencies, and industry leaders that they were able to reach this consensus.

As our Los Angeles medical marijuana collectives attorneys can explain, when the state of California first legalized cannabis in 1996, it was left up to local municipal governments, including cities, towns, and unincorporated counties, to determine if medical marijuana could be grown in their respective jurisdictions, and whether it was legal to sell medical cannabis products through brick and mortar dispensaries or through the use of delivery services.

While it was legal to use medical marijuana anywhere in the state, smoking was permitted as long as it was not in public, and there was a process where a doctor was legally allowed to write a recommendation letter, it was not always clear where people could purchase medical marijuana. Many clinics throughout the states were raided, as federal (originally) and then state and local law enforcement agencies were trying to run the dispensaries out of business. Banks were also warned that they would lose their charters to operate if they allowed anyone to deposit profits from medical cannabis business, so this was also a major problem.

However, in addition to the trouble for patients, workers in the medical cannabis industry have had to deal with many problems over the years, and this is why the union decided to get involved.

Regulation of the industry at a state level will involve a great deal of monitoring of medical marijuana growers, as is typical with any other farm or agricultural industry in the state. This will mean workers are more likely to be given proper equipment with which to work and will be able to work in safer environments that are inspected on a regular or random basis. This will also help workers who are injured on the job and need to apply for workers’ compensation benefits.

In order to help raise support for a statewide law regulating medical cannabis industry standards, the union is also discussing how this will benefit consumers. A state law will increase requirements for safety and quality testing of medical cannabis projects, and this will help consumers by letting them know they are getting a consistently better quality product.

The safety testing will also help make sure the edible and consumable products are more likely to be free from any contaminants during the manufacture and distribution of products, as the case with all other food products sold in the state of California.