Is it legal to buy recreational cannabis for my friend in California?

This was a question our Los Angeles cannabis lawyers were asked recently. Now that recreational marijuana is legal in California, thanks to the Adult Use Marijuana Act, it can seem common courtesy to pick up a candy or tincture for our friend while you’re at the local dispensary. But is it legal? 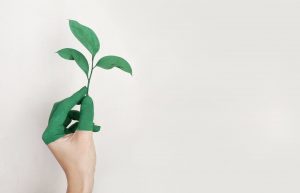 It’s not unreasonable to be concerned about what might seem a rather banal errand – at least where marijuana is concerned – even in a state where it’s legal.

In California, the answer is not 100 percent clear, but the question comes down to likelihood of enforcement. A communications official for the California Bureau of Cannabis Control noted there was no easy answer, and the agency wasn’t prepared to give the 100 percent all-clear.

At the same time, officials in this state likely have much bigger issues to attend:

So as the CBCC spokesman told Leafly, it is not the position of the agency to give the green light, the reality is the agency doesn’t have the capacity to carry out enforcement on any consistent scale.  The spokesman conceded that by now, many people consider purchasing marijuana at the local dispensary to be standard behavior, akin to going to the local grocery store. A good-faith run between friends would be unlikely to be prosecuted.

To be on the safe side, the agency official recommended people remember to avoid:

These things are illegal under state law, and following them will reduce the odds of attracting the attention or concern of local prosecutors. As our Los Angeles cannabis attorneys can explain, local prosecutors do have jurisdiction to decide which cases to file – or not.

Other State Rules on Gifting Cannabis

Generous friends with a penchant for gifting ganja may want to exercise even more caution in other states, making sure you know the rules. Be mindful too that they can change, as our marijuana regulation landscape is in a great deal of flux nationally.

Although generally those in states where medical marijuana is legal allow caretakers to purchase/pick up the supply of a registered patient, other laws and precedent pertaining to one adult’s ability to legally purchase for another are somewhat more ambiguous.

It’s a good idea to seek general information from state or local authorities before even testing it, or talk to a cannabis lawyer.

Buyer Beware: Is It Legal to Pick Up Cannabis for a Friend? May 9, 2019, By Ben Adlin, Leafly.com