When people think of marijuana edibles, things like pot brownies are likely to come to mind. Today, however, there are many more marijuana menu choices, according to a recent news feature from The Washington Post. Some of these new creative offerings include things like marijuana-infused crab cakes, and other more upscale food items. 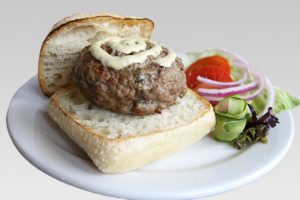 In the District of Columbia, recreational marijuana is legal to use and buy, but thanks to a congressional amendment to a recent budget measure, is illegal to sell.  This was allowed to happen because Congress has much more control over the federal district than it does over a state despite a decades old decision to all for home rule in the city.  As a result of it being illegal to sell marijuana, it is also illegal to hold what Congress calls a marijuana party or event.  This makes things a bit complicated for those trying to get into the marijuana industry, but there are some ways around the prohibition.

For example, as discussed in this article, a local restaurant hosts marijuana cooking classes but uses oregano as a substitute for marijuana during the lessons and all demonstrations.  However, all of the recipes and instructions are geared towards using actual marijuana rather than oregano.

In this cooking lesson series, the instructor was showing the students how to make cannabis butter and what to with it.  One of the questions he was asked is how the infusion will last in the refrigerator.  He told them that he never had it spoil because it never lasts long enough in his house.  This made the audience laugh, but it was probably not far from the truth. As noted by the author of this article, many of the participants arrived to the demonstration high on marijuana, which is not unusual according to some of the attendees.

Of course, it is not only entrees that one could create using cannabis products and deserts are becoming popular was well.  One of the recipes was for a chocolate mousse served in glass with mint flavored whipped cream on top that contained 25 mg of cannabis extract. This is only one example of many that professional chefs are currently developing.

If marijuana is legalized in California through the Adult Use of Marijuana Act (AUMA), which will be on the ballot this November, cannabis cooking school and even cannabis restaurants might eventually become mainstays in cities like Los Angeles.  However, just as they are seeing in Washington, DC, there will be many gray areas with possibilities to get in trouble in California, as well, and you should speak with an experienced medical marijuana attorney in Orange County before going into business to make sure you are not going to run afoul of the law.

Artisanal marijuana crab cakes: Is this the future of getting high?, May 19, 2016, The Washington Post, by Maura Jenkins