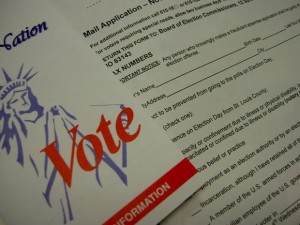 There were also various changes to the medical marijuana laws when Proposition D was passed into law in 2013, and this resulted in the closure of over 700 dispensaries within city limits, as well as the shutting down of two major mobile dispensary services in which medical marijuana patients could order marijuana on their smartphones and have it delivered to their homes or places of business.

The latest of these services to be closed has agreed to suspend all business in the city by the end of the month, but the owner feels he will be able to expand elsewhere in the state. The reason the city was against mobile delivery services is because of claims that they routinely violated the prohibitions of selling medical marijuana near schools, daycare centers, and other types of facilities on a restricted list.

While city prosecutors continue to enforce laws and close dispensaries, according to recent news feature from LA Weekly, it seems that some city council members, including the president, may be changing their tune and willing to ease the regulations on Los Angeles marijuana dispensaries so that more of these businesses can move into town.

The reason for this has to do with the Adult Use of Marijuana Act (AUMA) which is currently on the ballot in November’s election and, if passed, will legalize marijuana for recreational use in California much like it has been legalized in Colorado. This means that they will be taxing marijuana that is sold in the state, and local municipalities will be able to tax the sale of marijuana as well.  As we have seen in other states like Colorado, this is big money in terms of taxes, and if the City of Los Angeles continues to fight against dispensaries within their jurisdiction, these businesses will end in Los Angeles County, and the city will lose out on a lot of money.

There are a lot of lobbyists on both sides of the issue trying to sway which way the council will vote.  Those against the expansion of marijuana within the city of LA are generally those against marijuana in general and are relying on outdated studies, baseless claims, and trying to convince people that legalization will lead to more crime and violence and more students dropping out of school.  However, as we have seen in places like Colorado that have already legalized marijuana for recreational purposes, this does not appear to be happening as of yet.  Those in the medical cannabis industry predict that we will see another so-called green rush if marijuana is legalized for recreational purposes as we have seen in other states.

L.A. Weighs an Expansion of the Lucrative Marijuana Business, May 21, 2016, LA Weekly, By Dennis Romero