A long-time medical marijuana activist, dispensary owner and controversial figure has been arrested again in Long Beach, a year after his conviction for selling the drug was tossed amid allegations of judicial misconduct. 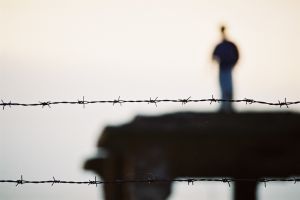 As our Los Angeles marijuana lawyers understand it, the defendant was pulled over a few months ago near his home by deputies with the Los Angeles County Sheriff’s Office. At that time, deputies reportedly found him to be in possession of a small amount of marijuana. However, they didn’t arrest him. They waited until he arrived for a court appearance in preparation for his new trial (after the previous conviction was tossed) to arrest him on a warrant.

There is almost certainly more to this, given the back story with this individual, though further details of that traffic stop haven’t been released. The activists’ supporters say the amount he was carrying on his person was legal.

Here’s the history on this:

Back in the summer of 2011, the defendant and his business partner were featured in a cover story in O.C. Weekly. He headed a medical marijuana activist group called the Human Solution, as well as a number of collectives in the area.

Two years earlier, they had been arrested for marijuana trafficking, and the cover story was about the upcoming trial. Apparently what happened was that he sold marijuana to qualified patients who arrived at the storefront facility and presented valid California driver’s licenses and recommendations from licensed physicians, indicating they were medical marijuana patients. This is legal under state law. However, it turned out that the patients were actually undercover police officers.

For this, both he and his business partner were facing seven years in prison – even though a number of operations in Long Beach were essentially doing the exact same thing. Neither man had ever previously been convicted of a crime.

So the two men faced trial in December of last year. During the course of that trial, the defense team faced an overwhelming level of bias from the judge, as reported by several local media outlets as the case went on.

Some of those included:

All of this was considered by a Long Beach Superior court Judge in an appeal. That judge, calling the proceedings a “terrible, terrible trial,” ultimately tossed both convictions and granted the men a new trial.

Prosecutors are trying to fight that ruling in their own appeal. So far, they’ve been unsuccessful.

And this is the situation in which the defendant found himself when he was pulled over by police, and now, several months later, under arrest and being held on $250,000 bail.

California Vehicle Code 23222(b) purports that if you are found to be driving with less than one ounce of marijuana in your vehicle, you can be fined up to $100, plus court costs.

This case should have never gotten as far as it has.

If you are facing criminal charges as a result of your medical marijuana use or sale, call us today.