In the weeks and months leading up to the election, it seemed there was nothing upon which conservatives, liberals and those in between could agree. 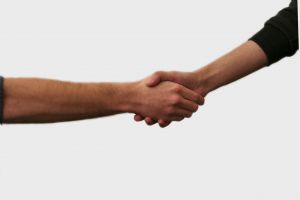 If one side called it white, the other argued it was clearly black.

But election night revealed there was actually one area where voters on both sides of the aisle agreed: Marijuana.

Our Los Angeles marijuana lawyers know that the whole politics of the issue has morphed, from the fringes to the mainstream. This was something that opponents of legalization for medical and recreational purposes didn’t seem to see coming.

In Colorado and Washington, voters were successful in passing legalization measures with ease, by a margin of 10 percent. The final tally in both states stood at 55 percent for, and 45 percent against.

In both cases, analysts are saying there were a couple of different factors at play.

First, both states already had statutes in place that legalized marijuana for medicinal purposes, just like in California, which was the first state to do so.

But the other major tipping point was that the issue was pushed by a strong, combined efforts by unlikely allies: liberals and tea party conservatives. In many cases, we saw arguments made that hinged on the advancement of public health and safety.

Additionally, proponents of the cause in both states tended to be well-organized and well-funded, particularly as compared to the opposition, which it appears didn’t really take the effort seriously at times.

In Colorado, the governor held staunch opposition to the measure, but the people didn’t seem to be swayed. There, Amendment 64 received 50,000 more than President Obama, who won the state by a margin of 5 percentage points.

The National Institute on Money in State Politics recently revealed that marijuana legalization proponents and PACS outspent their opposition by 8 to 1 in the state of Colorado. One organization alone reportedly spent $2.1 million.

Plus, there was also the endorsement of former U.S. Rep. Tom Tancredo. This is a prominent Republican conservative, beloved by the tea party and respected by his peers.

Some have theorized that if this same measure had been on the ballot a year from now, without being overshadowed by the hype of the presidential election and with less of a young voter turn-out, we would be seeing very different results. Still, we can’t completely dismiss what 55 percent of the voters in both states clearly agreed upon.

Those who were behind the push decided that what would really tip the scales was educating voters that the use of marijuana is safe and less harmful than alcohol.

It was an interesting development for Californians to watch, particularly two years after U.S. Attorney General Eric Holder Jr. helped to sink Proposition 19, which would have legalized recreational marijuana use here.

This year, Holder remained silent on the issue. Some wondered whether that was at the behest of President Obama, as he faced a tough re-election and likely didn’t want to alienate more voters.

But it remains to be seen how the attorney general will respond to both measures now.