It’s a misconception that Los Angeles marijuana dispensaries are breeding grounds for crime – and science now proves it. 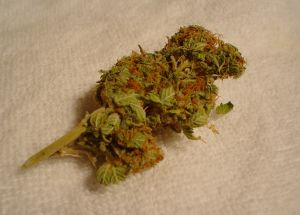 The study, published in the Journal of Studies on Alcohol and Drugs, indicated that economics, a younger population and commercial zoning actually had far more to do with higher crime rates than pot clinics.

Marijuana lawyers have heard all the arguments for why these places are dangerous from federal prosecutors, local law enforcement and others trying to justify the recent crackdowns on these lawful and valuable facilities.

Among those arguments are:

But these theories don’t pass muster when we start to dig a little deeper. Just on the surface, consider that the reason most dispensaries operate with cash is because many operators can’t find banks willing to maintain their accounts. Why is that? Because of the federal crackdown. Banks have been instructed by the feds that handling receipts from the sale of marijuana could violate laws on money-laundering. But if you eliminate that threat, you rid yourself of about half of these potential problems.

Now when you look at Europe, there is this perception of so-called “hash clubs” as being a central location for criminal enterprises. The California Police Chiefs Association put out a statement recently saying that dispensaries would essentially sell to anyone and that there will be inevitable ties to gangs and multimillion dollar profit centers, rife with barrels of cash and the crime that comes along with that, from robbery to murder.

The truth of the matter is: We haven’t seen that.

And what’s more, this new study, which was conducted by the University of California in Los Angeles’ Luskin School of Public Affairs.

For the purposes of their study, the researchers looked solely in Sacramento, where dispensaries had been operating for more than six years before there were any municipal regulatory policies in place. The social scientists mapped the roughly 40 clinics in the city and classifying the neighborhood they were already in, whether there was a large proportion of single-parent households or families living below the poverty line, higher numbers of young men, vacant homes, easy access to the freeway and other aspects that are often associated with high crime rates.

They then cross-referenced crime data in the city for 2009. Was there a relationship between the dispensaries and the thefts, robberies and other crimes?

In fact, it was those socioeconomic and other factors mentioned above that were a far greater determinant of whether a neighborhood was plagued by crime.