Los Angeles marijuana dispensaries have scored an important legislative victory, which could result in getting the federal government off their backs. 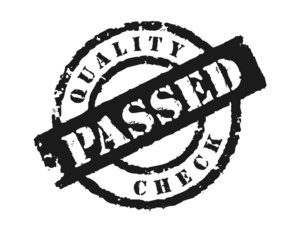 Our Los Angeles marijuana lawyers have been closely following the developments as they unfold with regard to Assembly Bill 2312. This is the bill that would initiate state government regulation of the marijuana industry.

Now, on the surface it may seem puzzling that marijuana advocates would welcome more regulation, given the incessant assault the industry has sustained since October, when the federal government began its crackdown of dispensaries throughout California.

The whole issue has led to a mish-mash of conflicting decisions handed down by various state courts, leaving both municipalities and dispensaries unsure of whether they are on the right side of the law.

A big part of the solution could be state regulation. Of course, California voters approved medicinal marijuana back in 1996 – making us the first. However what that also meant was that we didn’t have a precedent for what would work and what wouldn’t. It left the issue of how to regulate up to local governments. And that turned into a disaster well before the feds initiated a crackdown under federal law.

Other states have approved marijuana for medical use, and in doing so, established a state regulatory agency. What this did was create very clear-cut guidelines about what was expected of dispensaries. That kind of regulation cuts down on fraud and illegal sale, it also tends to keep the federal government at bay.

So that brings us to Assembly Bill 2312. The measure was approved by the assembly in a vote of 41 to 28. This is a bill that would regulate the entire industry – from drivers to growers to quality control in labs.

If passed, Assembly Bill 2312 would create the Bureau of Medical Marijuana Enforcement, which would be a division of the Department of Consumer Affairs. It would essentially be a nine-member board that would oversee California’s medical marijuana industry. It would approve or deny licenses for sale, growth and transport of medical marijuana, provided to patients who have been approved for use by a physician prescription.

Now, one drawback to the way the bill is currently worded is that it does not prohibit a local government from banning dispensaries in their district. As the law was previously worded, one dispensary had to be allowed for every 50,000 residents unless voters in a given district decided otherwise. However, in order to get the minimum votes from Democrats (no Republicans supported the bill), backers had to concede this requirement.

The bill would allow both cities and counties to impose a sales tax of up to 5 percent on sales of medical marijuana – which could be huge for municipalities that are struggling, especially considering the industry in California is estimated to be valued at some $1.5 billion.

Some, however, contend that Assembly Bill 2312 isn’t specific enough – not nearly as specific as Colorado, which requires all medical marijuana workers to hold a license, maintains a statewide patient database and mandates video surveillance of every transaction.