As the California medical marijuana framework has developed over the past two decades, there have been few widespread regulations establishing order within the industry. As a result, many patients who get medical marijuana prescriptions from doctors do not have a conventional patient/doctor relationship with the doctor who prescribes cannabis. California is aiming to make some changes to this system, and other states which are moving forward with medical marijuana legalization are also struggling to address the issue of what requirements- if any- should be imposed to ensure that doctors are not writing prescriptions too casually. 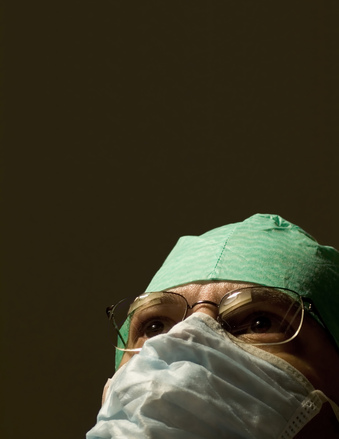 The concern about regulating doctors who write prescriptions for medical marijuana exists because many locations have legalized, or will soon legalize, marijuana for health purposes when prescribed by a doctor, but have not and may not legalize cannabis use for recreation. Lawmakers fear that some people will get prescriptions when they don’t actually have serious conditions in order to be able to access cannabis.

Of course, rather than turning doctors into potential criminals and wasting time and money regulating the doctor/patient relationship, a better solution might be to simply legalize cannabis for recreational use as well as medicinal purposes. California may be doing that after the 2016 ballot initiative if advocates for legalization can coalesce around one proposal and hopefully get it to pass.

ABC News addressed the issue of oversight of cannabis-prescribing doctors, as there are dramatic variations in the 23 states with medical cannabis laws. California is described as allowing “drop-in, instant exams,” although California may not allow this type of casual relationship for very long.

As part of the new California Medical Marijuana Regulation and Safety Act, SB 643 requires the California Medical Board to elevate the process of investigating physicians who regularly recommend medical cannabis, who fail to develop a bona fide doctor/patient relationship when prescribing, or who do not maintain proper records related to the prescription of medical cannabis products. SB 643 also requires a criminal background check of physicians who apply for medical marijuana licenses, and sets forth more operating requirements for medical cannabis businesses.

SB 642 could result in a much different regulatory climate, as just eight doctors have been disciplined in 20 years for making improper recommendations for medical marijuana. Doctors have previously participated in activities like a “Get Baked Sale” for marijuana, where doctors were on-hand to provide instant recommendations for patients. Doctors may not be able to continue with this if the medical board gets more serious. Doctors need to be watchful of new regulations and should consult with a cannabis lawyer for help if they are concerned about their license.

Other states are much stricter with doctors, with the Colorado Medical Board sanctioning six physicians just since 2009. Illinois is also taking a “tough posture,” and there is an emergency room physician now who is at risk of losing his license for charging patients for a medical marijuana recommendation without a legitimate relationship with the patient. He will be the third physician to face punishment if his license is revoked, although legal sales only started a month ago. Hopefully, other states will not be as strict as Illinois, as doctors could become afraid to prescribe in such a climate.