California motorists can expect to face a lot more scrutiny from law enforcement determined to crack down on stoned driving. Across the state, police and prosecutors are using increased funding to set up roadblocks and engage in aggressive prosecution of these cases. 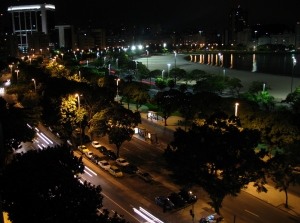 Our marijuana lawyers in Los Angeles question just how effective these tactics will be, but drivers who consume marijuana even for medicinal purposes will become prime targets.

Other methods of cracking down on pot smokers who drive are in the works as well.

The Riverside County district attorney’s office, for example, is using a grant from the California Office of Traffic Safety to “expand efforts to aggressively prosecute” motorists who consume marijuana before driving, according to a press release issued by county officials.

The $484,939 grant will pay for the expansion of a prosecution team that handles DUI cases from arrest to sentencing. Three specially-trained prosecutors will be assigned to handle drugged-driving cases throughout the county.

The program, which was started last year, has resulted in almost 300 convictions so far, county officials said. The grant adds two prosecutors to the one-person team. Inevitably, prosecutions are expected to increase.

Ultimately, the grant is going to mean more marijuana arrests in Riverside County, already a hostile place for users to live. The same is true in Los Angeles, where officials are using roadside checkpoints as a means to harass medical marijuana patients.

A City Attorney is pushing drugged-driving checkpoints across the city as a way of “enforcing all impaired driving laws,” he told the Los Angeles Times. Drivers stopped at these roadblocks are subject to saliva swabs used to test for marijuana, cocaine and other drugs.

Checkpoints that are typically used to catch drunk drivers are legal even without a warrant. The Supreme Court has ruled that the states’ interest in getting impaired drivers off the road outweighs motorists’ constitutional protections against unreasonable search and seizure.

However, this authority is not limitless, and police are bound to a strict set of guidelines. One minor misstep, and the entire case can be thrown.

Still, police can use breathalyzers on suspected drivers at checkpoints, even without evidence their driving is impaired. Courts have yet to rule on the issue of drug swabs.

It’s worth noting there are problems unique to roadside drug tests that don’t apply to alcohol screening. Alcohol is processed and completely removed from a person’s system in a matter of hours. Many illicit drugs leave behind trace metabolites even long after the user is sober.

The metabolites of many drugs clear the system relatively fast, within a matter of hours or a day or two. But some drugs, most notably marijuana, leave traces that can stay in the body for days, weeks or, in some cases, months. That means a driver who smokes and then drives days or even weeks later could still test positive for marijuana. Even lacking solid evidence of actual impairment, police could still arrest a person for marijuana DUI.

The standard of proof for conviction, however, is higher than for arrest. That’s why so many of these cases don’t result in a conviction when defendants choose to mount a challenge. The level of cannabis in the driver’s blood is just one piece of evidence. But some anti-pot activists want to change that.

A number of other states use a “per se” approach, which means a certain amount of a substance in a driver’s blood is legally sufficient proof of drugged driving. Still others apply a “zero tolerance” per se standard, meaning any amount of the substance is proof of impaired driving.

Opponents of marijuana reform in California have long been pushing for a zero reform law, which would make the state one of the strictest in the country.