As we draw nearer to the May 21st election that will decide the future of medical marijuana dispensaries here in the city, our Los Angeles marijuana lawyers want to make sure everyone who is casting a ballot has the opportunity to make an informed choice. 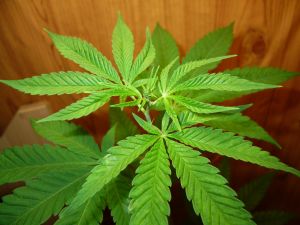 There are three competing choices before voters: Proposition D, Proposition E and Proposition F. In some ways, these measures are quite similar. In others, they are very different.

We discussed Proposition D in our previous blog entry. Here, we will be taking a closer and impartial look at Propositions E and F.

Starting with Proposition E, this measure is similar to Proposition D in that it would effectively ban medical marijuana dispensaries inn the city – except those that were in operation as of September of 2007. These dispensaries must also be able to provide proof of prior registration with the city.

The primary differences between D and E is that E would exempt from regulation a group of patients or caregivers that grow the drug on-site for patients or themselves or as part of a collective.

Initially, Ordinance E was introduced by marijuana advocates with the Committee to Protect Patients and Neighborhoods. However, the push for this measure has been suspended by those advocates, who instead are now backing the Los Angeles City Council-supported Proposition D.

Lastly, that brings us to Proposition F.

This measure would ban medical marijuana collectives, save for those that are granted immunity by registering with the city and meeting certain other requirements. Unlike the other two proposals, Proposition F would not cap the number of medical marijuana dispensaries or limit them to only those that were operational as of September 2007.

Under this action, there would be periods of registration that would be based upon when the facility opened, but there would be no set limit to how many might exist. Facilities would also have to undergo yearly background checks, operate as a non-profit, limits compensation to members and maintains a 1,000-foot radius from schools and a 500-foot radius from parks and child care facilities.

This measure would also raise taxes similarly to Proposition D, from $50 per $1,000 of gross receipts to $60.

Official sample ballots will be available a full week before the end of the month, and early voters will be able to cast their ballots soon after that.