Late last month, The Los Angeles Times editorial board published an opinion saying that the U.S. Drug Enforcement Administration was right to oppose a law that would leave regulation of marijuana up to individual states. Rather, the board held, such regulation should be left to the federal government. 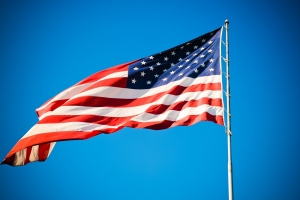 Our Los Angeles marijuana lawyers know that this view is antiquated and implausible, and was called out as such by Amanda Reiman, who is the state’s policy director for the Drug Policy Alliance, a non-profit think tank dedicated to reforming drug policy.

Tthis was in specific response to HR 689, drafted by Rep. Earl Blumenauer (D-Ore.) and co-sponsored by a bi-partisan group of 12 other representatives. Essentially the measure would reclassify marijuana — so, instead of a Schedule I controlled substance with no medicinally-recognized purpose, it would be categorized in the same group with high-grade prescription drugs. Further, the measure would take away oversight of marijuana distribution from the DEA and place it in the hands of the state.

The Times’ editorial board had argued that this approach was “wrong-headed,” and that our country needs to have a uniform approach to the issue of marijuana regulation.

But the fact is, such a move isn’t likely to be approved anytime soon, given the push back we’ve seen so far from federal authorities in the form of crackdowns and opposition to such measure. What Blumenauer’s bill does is address what Reiman calls the “catch-22” that the drug has been in for the last four decades.

When the Controlled Substances Act was passed back in 1970, marijuana was classified as one of the most dangerous drugs anyone could ingest. It is still categorized that way, having no “accepted” medical purpose under federal law. Despite the fact that this stance has repeatedly been challenged not only by patients and advocates, but by medical researchers, the federal government has remained hard-nosed in its defiance.

When another challenge to the classification was made recently in a federal court in Washington D.C., the court found that there simply weren’t enough studies done on the drug to warrant a change. But the problem is that researchers are restricted in the kinds of tests they can do precisely because of that high-level classification. So most of the “accepted” research we have in the U.S. centers on animal testing, pre-clinical research and surveys.

The fact is, the federal government has shown no inclination to change its policy or stance. (This of course excludes President Obama’s promises to instruct his justice department not to pursue marijuana dispensaries or patients in states where it is legalized – a clearly hollow commitment.)

For that reason, many states that might have otherwise enacted medical marijuana legislation have stopped short, having seen how federal authorities have pounced on patients, dispensary operators and even local officials in California.

As Reiman noted, in a perfect world, we’d be able to implement an evidence-based form of federal marijuana regulation. But we have yet to see any indication that officials are even open to the discussion. In the meantime, we have lives hanging in the balance. We all deserve better.