Supporters of medical marijuana in Long Beach have reportedly collected enough signatures to place a measure on the ballot to overturn a city-sanctioned ban on dispensaries. 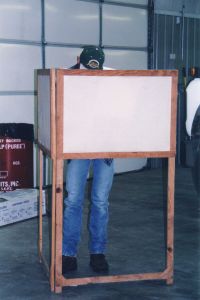 Our Los Angeles marijuana lawyers know that this is similar to the move by advocates here in L.A., who were successful in getting the latest ban halted before it ever actually went into effect. Now, it appears we will actually have three regulatory proposals from which L.A. voters may choose.

That Long Beach is having similar success is encouraging. They were required to collect at least 10,000 signatures to put a proposal on the ballot. The informal count has soared to 44,000.

Officials with the local elections office have until the end of this month to verify those collected signatures, which given the sheer number, does not appear will be a problem. Once that happens, the Long Beach City Council would then need to schedule a special election at its next regular meeting. That special election would need to take place sometime in the next three months or so, per the local election code. That means we could very well see a decision on this by mid-summer.

It’s not yet clear whether city officials would seek to counter with their own proposal, as officials in L.A. have.

Those behind the signature collection say that they simply want to promote avenues of safe access for legitimate patients. They say they want to work with the city to find a middle ground of what that will look like, while still respecting some of the more critical boundaries.

As it stands,the city has banned all storefront dispensaries from operation and has also banned collectives of more than three people.

The new proposed measure would prohibit sales in any location that is within a certain distance of a school or public beach or park.

Additionally, the proposal would implement a 4 percent sales tax on whatever gross marijuana sales are, an amount that would go directly to city coffers. While a special election is expected to cost anywhere from $1.2 to $1.4 million, that amount will be quickly made up through revenues from the sales tax.

Back in 2011, Long Beach had an ordinance in place that regulated marijuana sales. That system involved a dispensary license lottery, through which winners were granted permits and charged certain fees. But then a state court of appeals found that such involvement amounted to approval of flagrant disobedience of federal law.

From that decision, officials in Long Beach decided to ban all dispensaries, in order to avoid drawing the ire of federal officials. But that decision has been challenged by dispensaries who have sued the city.

So now, city leaders are closely watching developments from the California Supreme Court, which is set to make a determination on whether cities like Long Beach are even legally allowed to enact bans, given that it contradicts the state’s Compassionate Use Act.