Although in years past, the weekend marijuana conventions in Glendale drew thousands of advocates, patients, parents and industry insiders, this year, a judge refused to allow the show to go on. 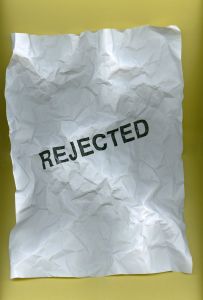 Our Los Angeles marijuana lawyers were disappointed to hear about the judge’s approval of a restraining order to block the Medical Cannabis Cub this year. This was to be a trade show, organized by High Times magazine, that was expected to boost the local economy with some 3,000 visitors daily.

The Los Angeles County Superior Court judge’s decision reportedly hinged on the fact that the proper permits for sound and film production hadn’t been pulled by the hosts just days before the event was to be held.

It was supposed to be a way to showcase local dispensary operations as well as businesses that sold hydroponic equipment, smoking paraphernalia and clothing. Additionally, high-profile rappers Redman and The Game were slated to perform on one of those days. There were also plans to host panel discussions on the state of marijuana laws in both California and throughout the country, as well as on new research about the medicinal benefits of the drug and information on how to better grow it.

The restraining order was requested by Glendale city officials, who said that it would have violated several code ordinances, including the fact that the location wasn’t zoned for concerts. Additionally, there was concern that the site chosen for the event wouldn’t have been able to adequately host all the people who were expected to attend. The impact to traffic and public safety, officials said, was of paramount importance.

But of course, the fact that this event directly involved the promotion of medical marijuana likely served a large part in why officials took harsh and swift action. Indeed, similar reaction has not been the same for other large-crowd events when the same circumstances were at play. It appears to be very blatant selective enforcement.

This is troubling, but not surprising. Anyone hoping to host a medical marijuana-related even in California should first be consulting with attorneys to ensure that it will be in line with local and state regulations. This move likely cost the organizers tens of thousands of dollars. Investing in having the proper legal legwork done ahead of time may have spared them this expense.

City leaders said organizers were sneaky about the entire production, hoping to simply fly under the radar. If that was the goal, the tactic was clearly not a success.

The city ended up holding an emergency, closed-door session in order to request the block on the event.

It may not even have need to do this, considering that the city also put pressure on the venue owner, who subsequently stated he wouldn’t be hosting the event due to liability issues raised by the city.

The action is further no surprise given the fact that the city has a ban on medical marijuana dispensaries and also has imposed strict regulations on where patients may smoke.