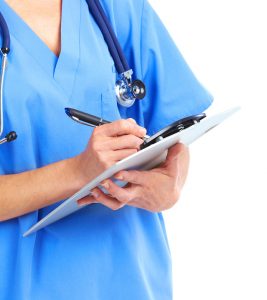 Some don’t see this as an immediate threat, citing the lack of resources to go after so many operations. They also point to a lack of support among citizens to pursue such charges, meaning juries will be more reticent to convict. Others are less optimistic.This is especially true in states with brand new marijuana laws, such as Maryland, which only recently launched a medical marijuana program. When Sessions spoke out a few weeks later, many doctors in the state panicked, according to a Washington Post report. The Maryland State Medical Society even said some doctors who had already registered to offer marijuana to patients withdrew after Sessions’s announcement, despite the top prosecutor in Maryland stating he had no plan to go after participants in medical marijuana.

This hesitation by the medical community is nothing new though, especially on the east coast, where awareness and education on the benefits of marijuana are not as prevalent as they are here in California. In Massachusetts, for example, just over 200 doctors in the whole state have registered to recommend cannabis to patients. Perceptions in the state could change this year after it becomes legal for residents to have limited personal plants in their home and possess marijuana for personal use. Question 4, which was voted on by residents in November 2016, also allows for licenses for commercial sale. It is scheduled to go into effect July 1 of this year.

Our Riverside medical marijuana attorneys hope to continue to see the country push back on this unwarranted and outdated federal classification of marijuana. There is far too much evidence of its benefits medically to continue to treat it the same as drugs like heroin.

In the meantime, education is a top priority. Some doctors are hesitant to recommend marijuana not only because of federal oversight, but also based on lack of knowledge. Unlike other drugs, its treatment potential was not discussed during medical school, nor are there set dosages and guidelines for how to use it to best treat various ailments. In a field that prefers precision, doctors are often not so inclined to recommend trial and error to their patients if other options are available. Other doctors rely on dispensaries to know the best strain to offer the patient, but this puts a lot of pressure on dispensary owners, who are knowledgeable in the different strains, but not the different medical issues.

But for those doctors who are moving forward, many say the rewards of seeing the suffering of their patients alleviated has outweighed the risks. We hope more research and education will help move the medical field and the country forward.