Native American tribes allege California’s cannabis market since Proposition 64 effectively excluded them by making no provision to allow sales of the plant grown on reservations. 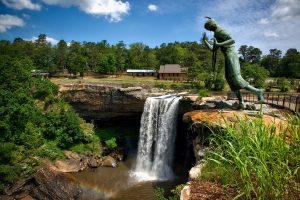 Reservations are considered legally-protected sovereign nations with little if any oversight by state or federal authorities, and thus marijuana cultivation and sales has never been regulated by outside entities. That has not changed. However, as a California Bureau of Cannabis Control spokesman explained, while tribes are free to do as they wish with cannabis while on the reservation itself, they cannot enter the legal cannabis market without proper state permitting and licensing.

As Los Angeles marijuana lawyers can explain, that would mean reservation-based cannabis farmers wanting to secure a place in the legal market would, like all others, be held to state and local regulations. Tribes vying for an in to the lucrative California cannabis market because they can’t sell their product beyond tribal land unless it’s to other tribes.

As The Washington Post reports, the Iipay Nation in San Diego County has a dispensary that operates in what used to be a casino, with space dedicated to a marijuana grow operation and laboratory, leased by a private cannabis companies. Whatever is grown there can be sold strictly on the reservation, which has one dispensary. A representative with the tribe’s cannabis regulation agency (also the executive director of a five-tribe cannabis coalition) says it’s probable other tribes will begin moving their way into similar operations throughout California, but action may be somewhat slow, as most are inclined to proceed with great caution.

Since Prop. 64 passed two years ago, it’s reported that nearly two dozen of the more than 100 American Indian nations formally recognized are working with lawmakers in Sacramento on provisions that would allow tribes to make their way into the bigger state marijuana market. They’ve hired lobbyists and have met with legislators and governor’s office representatives.

Another tribe leader who oversees a successful gambling resort said they have eyes on the market, but haven’t decided yet whether to dive in. He did say he wants to ensure that Native tribes aren’t excluded from opportunities to be involved in lucrative markets.

California cannabis lawyers are aware of at least two separate bills were floated as a result of grassroots efforts that would have paved the way for tribes to stake a claim in the cannabis market, but as tribe leaders put it, those both failed because, despite ground-level support, numerous other stakeholders were opposed. At a governor’s meeting just before the vote, those opposed said they didn’t feel such a measure was warranted or necessary and all who wanted to participate in the industry should simply defer to the state’s regulatory authority – which would include ensuring a significant portion of proceeds were shared with the state. Tribe leaders say this made the issue “a non-starter” because it essentially involved a demand for “us to waive our identity.”

It was at that point the tribes altered statutes pertaining to cultivation and sales on the reservations and started working with lobbyists. They are now hopeful the governor will be open to the idea of working with them, but have not yet held a face-to-face meeting.  In the meantime, the dispensary operations that do exist on reservations are reportedly doing well.

Tribes at odds with Calif. officials over the right to sell marijuana, March 24, 2019, By Harry Jones, The Washington Post