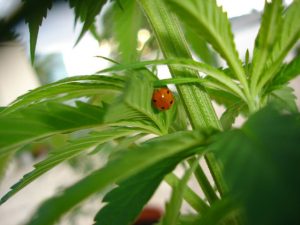 This is the case in Calaveras County in Northern California, where the board of supervisors voted 3-2 to ban commercial marijuana. The board included four newly elected members who campaigned last year on promises of banning marijuana, according to an article from Associated Press. The decision will have broad-sweeping effects on some 200 cannabis farms that will now have only three months to shut down operations. The growers in Calaveras with permits have already announced an intent to sue the county. Aside from the substantial time and resources used to set up a growing operation, the farms had to each pay a permit cost of $5,000. On top of that, the county has collected a staggering amount of tax revenue from the farms since 2016, totaling more than $7 million to date.

This tax revenue was initially what prompted the county to open the doors to marijuana operations in the first place. The region endured a very harsh wildfire in 2015, which ruined hundreds of homes and businesses. The new income from cannabis was a much needed relief for the devastated county and its 44,000 residents.

It might be alarming to see a region profit so greatly from an industry, then just as quickly dismiss it without concern for the ramifications on those business owners. However, our Orange County marijuana legalization attorneys know these stories are all too common amid the growing pains of a continually evolving cannabis industry. That’s why our experienced lawyers are prepared to help marijuana business owners along every step of the way: from setting up collectives, to advising owners how to adjust to the changing legal landscape, and preparing for a lawsuit should such a need arise. Our team is prepared to fight when your business is being taken advantage of.

While some of the marijuana farming taxes was used for additional police and other staff members, the county was not prepared to fully manage the effects of legalization. According to the Associated Press report, Calaveras County is about the size of Rhode Island. It is estimated that on top of the 200 farms with permits, there are more than 1,000 illegal operations. Hundreds more were awaiting a response to permit applications. Obviously such a dramatic infiltration of cannabis farms into the region was alarming to residents, particularly when the vast majority were operating illegally. But the county’s inability to manage illegal operations does not warrant punishing the businesses that have been operating legally since the beginning, particularly when their hard work has so greatly benefited the region.