Opening a marijuana dispensary in California used to not be much of a hassle, depending on where you wanted to do business. 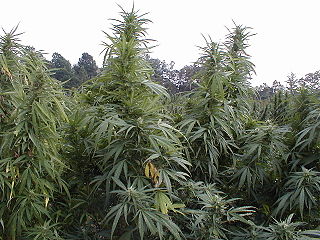 Some cities maintained more regulation than others, but Los Angeles marijuana lawyers know it’s really just been since last fall that would-be shop owners are stepping into treacherous territory, with efforts by both the federal and local governments to eradicate storefront medicinal marijuana wholesalers – regardless of voters’ decision back in 1996 on Proposition 19.

So it may seem crazy that any operation would be forging ahead and trying to kick-start a new business in the current climate of political turmoil. But one collective in Oakland is trying to do just that.

According to the Oakland Tribune, the Oakland Community Collective, which was supposed to be up and running by now in the city’s Uptown district, is still struggling to open.

It’s efforts were stymied a few weeks ago when, as they prepared to move into their location, the skittish landlord backed out after the Justice Department successfully shut down the city’s largest dispensary by attempting to seize the landlord’s properties. Not wanting to deal with the hassle, the prospective landlord simply told them thanks but no thanks.

The original location, though, would have been perfect: In the midst of a bustling urban district in a modern building with nearby restaurants and theaters. Instead, they are now looking at a back-alley storefront with frosted windows. They’re still in talks, but even that’s not a sure thing. The landlord is still trying to evict the current occupants – a dispensary that reportedly did not obtain a city permit and is now embroiled in a legal battle with the landlord over a violation of lease terms.

Still, the collective’s president is hopeful the shop can be open by October.

Oakland has been known to be more involved in the regulatory process than most cities in the state, and they have found that to have worked a great deal to their favor. Back in March, they approved four new marijuana dispensaries, which would bring the total number in the city to eight.

Far less, obviously, than the nearly 800 operating in the City of Los Angeles.

But our marijuana lawyers know that even here, opening a new shop isn’t impossible – but it does require a very thorough vetting of your operation by an experienced lawyer. Any number of potential pitfalls could put the brakes on your venture before you ever get started. That’s not to discourage you, but simply to say that if you are going to enter the business, you need to enter it informed and with legal muscle on your side.

In Oakland, the federal crackdown hasn’t halted the marijuana industry entirely. But what it has done is made it more difficult by delaying openings, forcing out existing operations, and ensuring that they fly farther under the radar than ever before, confined to smaller locations on the outskirts of the city.