This study challenges a number of claims that have been made by local and state law enforcement agencies that these storefronts raise crime rates. 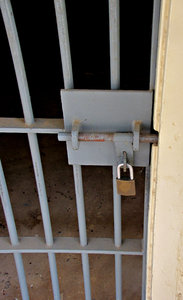 The report that was conducted by RAND Corp., examined crime reports from the 10 days leading up to the shutdown of clinics and 10 days after their closure when the city passed a strict new ordinance. All of this data concluded that crime rates increased roughly 60 percent with a three block radius of a dispensary that was closed in comparison to an area with a dispensary that remained open.

Our Orange County medical marijuana lawyers understand that collectives and dispensaries provide a vital service to residents throughout the state. Law enforcement agencies continue to place rules, regulations and bans in an attempt to keep some false sense of empowerment. The truth is that the medical marijuana industry is thriving and many residents rely on the service of these companies to treat serious medical conditions.

“If medical marijuana dispensaries are causing crime, then there should be a drop in crime when they close,” said Mireille Jacobson, who is a RAND senior economist and was the lead author of the study.

According to Los Angeles City Council, crime in areas with these dispensaries is a huge concern. As a matter of fact, the theory that dispensaries bring crime was the main contributor that caused council members to raise restrictions and eventually close these businesses down. Local law enforcement officials claimed that these companies influence crime because the dispensaries deal with a lot of cash at a time and that thieves are attracted to the buildings because marijuana can be stolen and resold.

In June of 2010, there were two dispensary employees who were killed during two separate robberies in the city.

According to Lee Baca, Los Angeles County Sheriff, almost every single dispensary in the city operated as a criminal enterprise last September. This was a claim that didn’t sit well with those who support medical marijuana. These supporters say that this claim was just another scare tactic used by enforcement officers to sway public views.

James Shaw, a member of the Union of Medical Marijuana Patients, says that local officers have simply created this theory that there is more crime in areas with dispensaries and collectives.

Throughout the recent study, crime reports from more than 600 dispensaries in Los Angeles County were examined. Of these 600 reports, more than 400 dispensaries had been forced to close and only 170 were permitted to stay open. The study concluded that there was less crime in areas closer to these clinics. Within just 6 blocks of a dispensary that had been closed, the crime rate rose by nearly 25 percent.

Researchers believe that the crime rate increased once these stores closed because of the security cameras. Once these shops were gone, so were there cameras and so were the patrolling officers.

The City’s attorney’s office doesn’t agree with this study, saying it’s all wrong!

The office released a statement that said that the conclusions of this study were based on false assumptions, untested data, incomplete results and irrelevant data.

The CANNABIS LAW GROUP offers experienced and aggressive representation to the medical marijuana industry in Southern California– including growers, collectives, dispensaries, patients and those who are facing marijuana charges. Call 949-375-4734 for a confidential consultation to discuss your rights.