Male teens who use marijuana almost daily – identified as chronic users – are not at higher risk for developing physical or mental health issues – including depression and psychosis – later in life than their non-drug user counterparts. 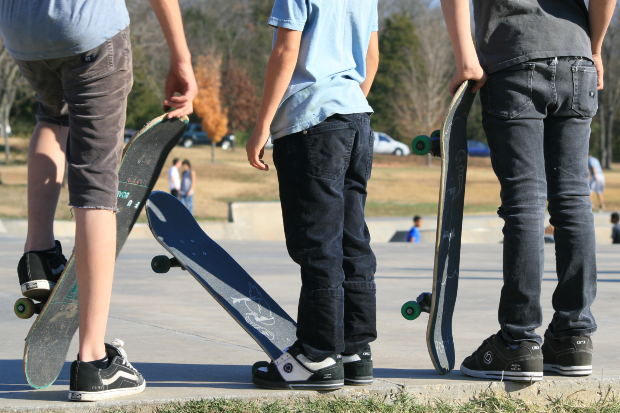 That finding comes from researchers with the University of Pittsburgh Medical Center and Rutgers University. The psychologists tracked the progress of more than 400 males from their teen years through their mid-30s, noting their differing patterns of marijuana usage.

Overall, the information gathered provided little to no indication that one’s pattern of marijuana usage from teen years through young adulthood had any negative impact on their physical or mental well-being, researchers stated.

The study was recently published in the peer-reviewed quarterly journal Psychology and Addictive Behaviors, which is overseen by the American Psychological Association, which is the biggest group of professional psychologists in the U.S.

Researchers said that when they started the study, they did expect to find some negative outcomes for long-term marijuana users, especially those who started younger and used it more heavily. Specifically, they anticipated finding a link between frequent marijuana use and conditions like cancer, respiratory ailments, hallucinations and delusions.

But controlling for cigarette smoking and some other known harmful actions, that’s not what they discovered.

Neither did researchers uncover any connection to marijuana use and high blood pressure, allergies, headaches, anxiety or depression.

Study authors were careful to acknowledge one particular flaw: The research, although it spans 20 years, ends with the men in their mid-30s. That may not be enough time for some of the harmful effects to emerge.

This is not to say marijuana won’t cause any problems if delayed. Doctors – and users – have long known it can cause memory issues and it’s also recognized to be addictive to some.

Teens are often cited as one of the primary reasons against marijuana legalization in California and elsewhere. For years, they were the target of exaggerations and scare tactics, fighting for them to abstain. But kids are often smarter than we give them credit for, and this often did not stop them from trying it.

Beyond that, the fear that marijuana would fall into adolescent hands has been brought up over and over again as a primary reason to reject pro-marijuana legislation.

But repeatedly, it’s been found that legalization of the drug does not have an adverse impact on teens. In fact, it could possibly even be the opposite.

A survey by the U.S. Centers for Disease Control and Prevention found that following the passage of Colorado’s medical marijuana reform regulation legislation, the number of high school students in that state using marijuana actually fell by nearly 3 percent. Although there was a slight increase in drug-related suspensions, there are indications that has more to do with tougher school policies than an increase of drug-related offenses in schools.

Study authors of this most recent research called for additional analysis of the issue as further proof of the general lack of negative effects of cannabis usage among youth.