Recreational marijuana use has been legal in California now for little more than a year, but access to the drug remains scarce in some regions. That’s why some – including those who seek non-psychoactive CBD oil – are relying on a technology app called Weedmaps to help them locate the nearest provider. Our Los Angeles marijuana attorneys are aware this has generated a few problems stemming from the fact that a number of the providers listed on the platform aren’t legally allowed to operate by the state and have not been subjected to the same rigorous quality assurance regulations as legal marijuana businesses. 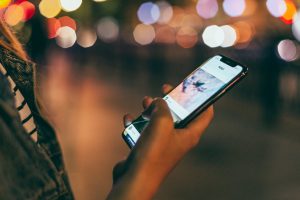 From a patient’s perspective, that means the product they are receiving may not be 100 percent safe or accurately-labeled with proper potency levels. From the perspective of marijuana businesses, these other companies have carved an unfair advantage over them because they operate in regions they do not and/or have not had to pay the mountains of fees for taxes, licensing, workers’ compensation and quality assurance testing. From the state’s perspective, these businesses are flouting the regulatory framework of the law.

As reported by Wired.com, marijuana businesses can list their services on the site for free, but top billing requires an advertising fee. Some companies pay as much as $20,000-a-month for top-level billing on the site, which doesn’t vet firms to see which are technically legal and does not indicate those pot shops that pop up first on the site have paid for that placement.

The number of listings on the site have seen some occasional fluctuation with the number of listings, some 2,000 total in Southern California last summer. Of those, Wired reported only 239 were licensed and legal marijuana stores and delivery services. Another 35 were so-called “microbusinesses” licensed to sell marijuana in that particular region; Weedmaps indicated many of those groups were non-profit medical collectives, which were previously legal in California, but were outlawed Jan. 1, 2019.

A competitor of the tech company committed to restricting advertising to only those marijuana businesses that are licensed., citing state law indicating that only lawful operations can legally advertise online. Weedmaps (which began in 1997 by a then-13-year-old) however cites federal law (specifically Section 230 of the Communications Decency Act) in reasoning why it will continue to allow unlicensed retailers to advertise. That statute is the same one that protects other technology firms like YouTube and Facebook from liability based on the content that users post.

It has continued to operate despite cease-and-desist letters from the state’s Bureau of Cannabis Control that outlined an argument that the company was in violation of both California cannabis laws (indicating any marijuana business advertising online was required to include state license numbers on those ads) and that they are aiding and abetting violations of state law. The state has since more-or-less conceded the tech firm’s counterargument that it is not a marijuana company and thus not subject to that particular code. However, it may still be possible action could be taken on the second point.

As of yet, no criminal or civil complaint has been filed against the firm. Los Angeles marijuana lawyers know that may not be the case indefinitely. The California Attorney General is reportedly considering pursuing a case against the company. It’s unclear where such a fight might lead. We opine it could ultimately set significant and far-reaching precedent in terms of the limits of liability for online advertisements against both California and U.S. law.