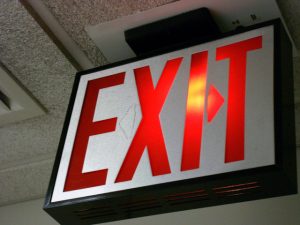 He assisted in collecting signatures and fighting tough legal battles to get the measure on the ballot. The California Cannabis Coalition took the matter all the way up to the California Supreme Court, which ruled the city must put Measure U up to vote in a special election. However despite all those efforts, the voters of Upland did not get on board, voting down the measure.To add extra salt in the wound, voters passed Measure E in June 2017, which granted Upland officials the power to ban most cannabis-related activity.

Our Riverside marijuana dispensary attorneys admire the efforts of this owner and the California Cannabis Coalition to fight for marijuana access for patients and residents of Upland. We know the benefits dispensaries, like the ones that closed in Upland, brought those who depended on medical cannabis, as well as those who had hopes of more access after the passing of Proposition 64, which opened the gates for recreational marijuana in the state. Cities throughout California have begun the process of putting guidelines in place and screening applications for commercial marijuana businesses, while other cities, like Upland, have established citywide bans.

We also know it’s far better for marijuana businesses to work with local and state governments rather than against them in order to minimize damages and optimize success. Our Riverside attorneys are keeping a close eye on ordinances being passed throughout Southern California in the wake of the Adult Use of Marijuana Act as well as all of the restrictions surrounding medical sales and use.

We are well-equipped to guide you in choosing a location and establishing a collective the proper way to ensure success under the evolving laws. We can help you get the proper licenses, set up a business plan, or defend you should you find yourself in violation of the law. We also will keep you informed on the latest happenings on the federal level, where the future of the marijuana industry is much less certain under the current administration.

Meanwhile, the Upland owner agreed to shut down his dispensary Jan. 1 and pay the city $100,000 in exchange for the removal of two citations against him. He also agreed not to open and establishment at that location or anywhere else in the city in the future.

Cannabis Businesses Could be the Next Great American Industry, May 23, 2017, L.A. Marijuana Lawyer Blog